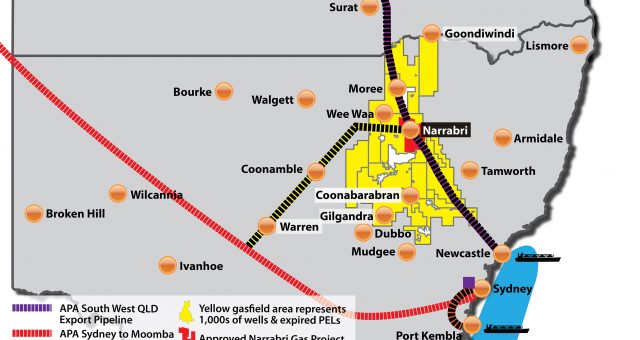 This is what NSW could look like if the Gladys Berejiklian government gets their Gas Plan up and running. Tempted by the 70 billion dollar carrot that Prime Minister Scott Morrison used to bribe the NSW government and the Independent Planning Commission the LNP/National Party government is doubling down on community that remains vehemently opposed to unconventional onshore and conventional offshore gas mining.

Expired PELs: (see map linked here)
Companies Comet Ridge and Carbon Minerals are actively seeking to have their PELs renewed. All expiry dates have been removed from Common Ground.