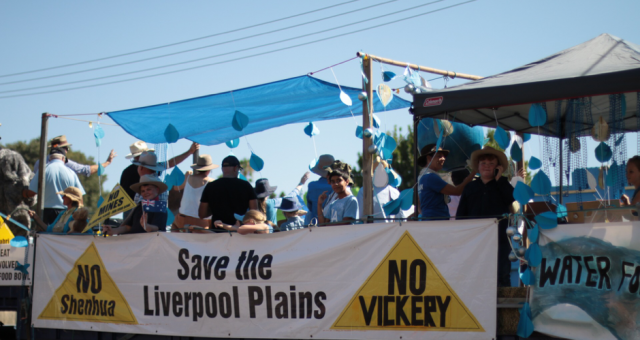 Narrabri councillors voted 5-1 to inform the IPC and NSW Government that the council does not support the planned Vickery coal mine on 17th December.

Farmers have welcomed the decision on the highly contentious and destructive project.

The vote at the meeting follows a scathing council report of the project, which queries the reliability of Whitehaven’s projected job numbers and notes the lack of trust in the company from the local community at Boggabri.

This community is grateful to the council for taking seriously the social damage inflicted upon them by large mining developments and for listening to them. They have no trust in Whitehaven and do not want this coal mine.

Whitehaven, which also owns the Maules Creek coal mine, has eaten up land and water, draining the lifeblood of communities. The company has treated local people with contempt.