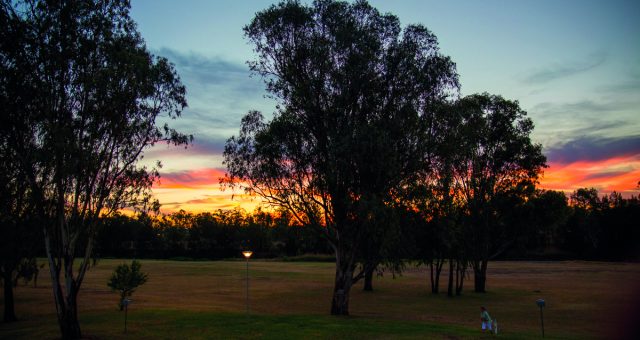 Live free of the delusion that the Narrabri Gas Project will create jobs and prosperity. Live free of Santos’ propaganda that CSG can be mined without permanent damage to artesian water and air quality.

Live free to compare Narrabri now (population about 6000) with similar towns such as Roma and Chinchilla already under gas; look at the tiny spike in 2011 and the decline since. Look at the number of irrigation bores lost to drawdown.

Over 5,000 wells have been drilled in SE Queensland in 14 years with thousands more to come. The life of a CSG well is 10 to 20 years. The CSG industry abandons depleted wells and simply drills on.

The damage already done in Queensland is real and visible. The gasfield is in its infancy. Pollution will continue to grow.

Unconventional gas mining for shale gas and CSG was invented in the US by a nation so desperate to become energy independent that authorities ignored the environmental devastation that followed. After thirty years of drilling through aquifers, large river systems have been irreparably compromised and poor air quality is causing major health problems. Same has occurred in China, Canada and Argentina. Fifty three countries have banned gas mining. Only five permit it.

Unconventional gas mining and environmental catastrophe go hand in hand. The extraction process is fundamentally flawed. What has started to happen in Queensland and has already happened in America will definitely occur in Narrabri if the NGP is allowed to proceed. Towns from the Queensland border to the Liverpool Ranges and west to Coonamble will be affected as 850 wells grow into a gasfield of around 20,000 plus wells.

Taxpayers will subsidise the exploration phase of the NGP for millions of dollars. The gas will be exported to China at premium prices, too expensive for the Australian market. Santos will pay no royalties and no tax. This is not supposition; it’s happening now.

I have had sports and education contacts with many young people in the Narrabri district. This letter is for them, their parents and their mates. Love and respect to you all.

Live free of a Council that ignores its own extractive industry policy and code of conduct to support a process that is rotten at the core and will reduce Narrabri and other centres to ghost towns.