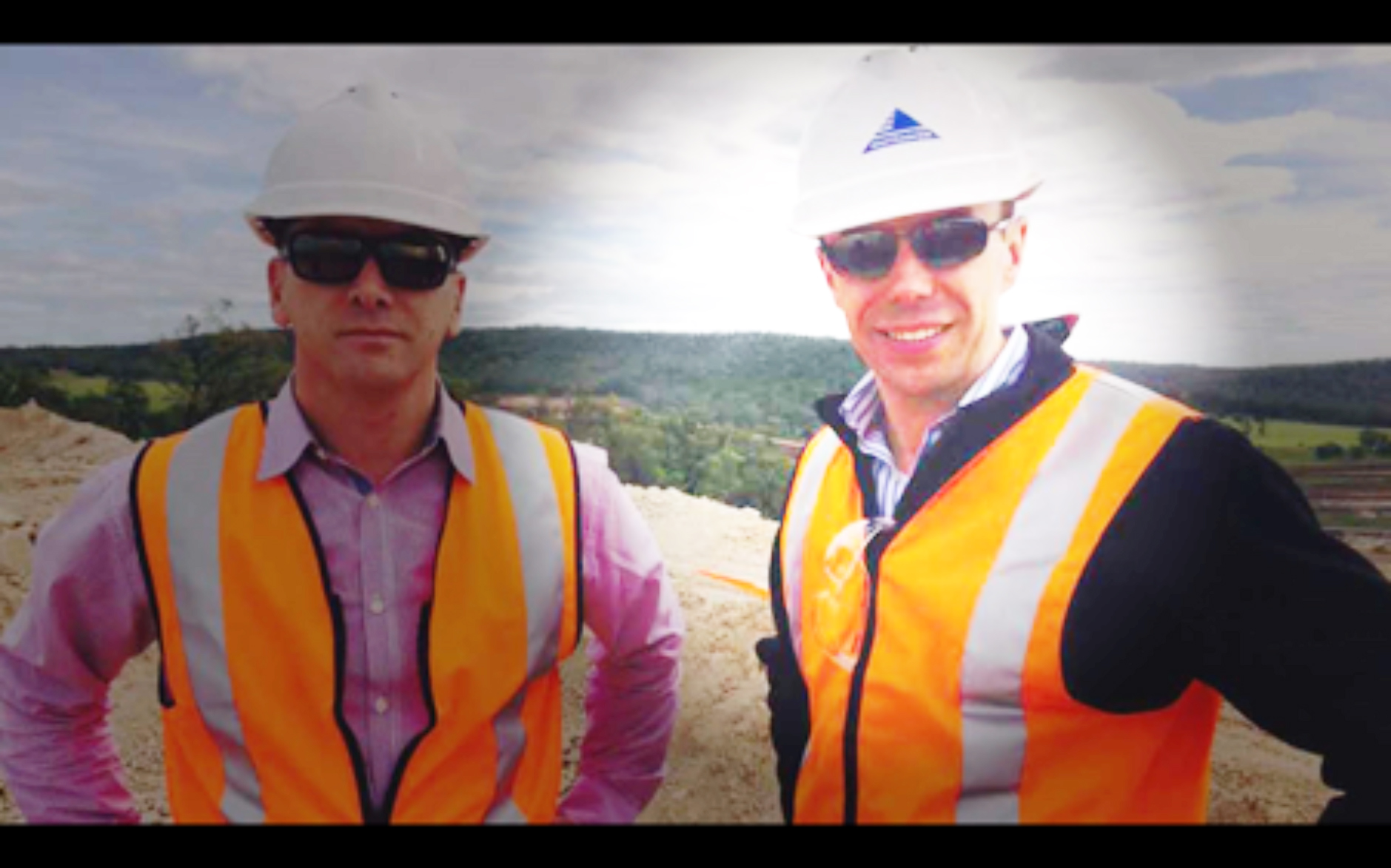 Statements made by Whitehaven Coal CEO Paul Flynn at the October 2017 Annual General Meeting are causing shock waves in the Narrabri area at a time when the company can least afford it – just as the company’s Environmental Assessment for the Vickery megamine is being prepared for exhibition.

The statements by the CEO in response to a question from a shareholder seeking to know why the risk level of the Maules Creek mine was reclassified as Level 3, and if the licence risk downgrade had been disclosed to Whitehaven’s financial backers.

In July of this year the EPA of NSW responsible for issuing the licence EPL 20221 for the Maules Creek mine escalated the risk level of that mine from level 2 to level 3 which is the highest risk level classification. Of 49 coal mines in NSW, only 2 others share this serious risk classification and both of those mines have been prosecuted for waterway pollution. Why was the risk category of Maules Creek mine escalated this year? And how does this new state of affairs impact forecast liabilities especially regarding any facts disclosed for negotiation of new financing agreements in August”.

The current assessment that you have described – that is true. We have certainly taken that up with the EPA. In fact, we will challenge that and the substance of our challenge will really be that the 2 matters on which that classification turned on were largely administrative matters not actually risk in terms of environmental outcomes. We were asked to perform an audit onsite for noise and dust. And they actually asked us to do that because they had a lot of complaints from a landowner nearby to the mine who is well, was in the acquisition zone and as many of you would know has been seeking to extract a very large price for his piece of land, ah, and so his modus operandi is to ring the EPA up several times a day and ah, and complain. Now the EPA then suggested to us, ‘Why don’t we just do an audit and just prove to everybody that its actually not as bad as this gentleman seems to be making out’. Our compliance record is a matter of record which is obviously the basis of our online compliance data.

Now our view is the motivation including the initiation of that audit was to get, to deal with a serial complainant who had no basis other than a commercial one, and ah, so we are going to challenge that and, and re-assess the specifics. We do see that it is certainly not reflective of the way the site has been operating. Both the noise and dust audits that have been done found that Maules Creek is generally in accordance with best practice.

And we are encouraging the EPA to highlight these good outcomes to combat some of this noise that this particular person is generating. But that’s, we must defend ourselves but its untidy that not all pieces of the EPA do not speak to each other when assessing that assessment of Maules Creek, but through the the EPA’s own independent work they have assessed as being compliant with best practice” 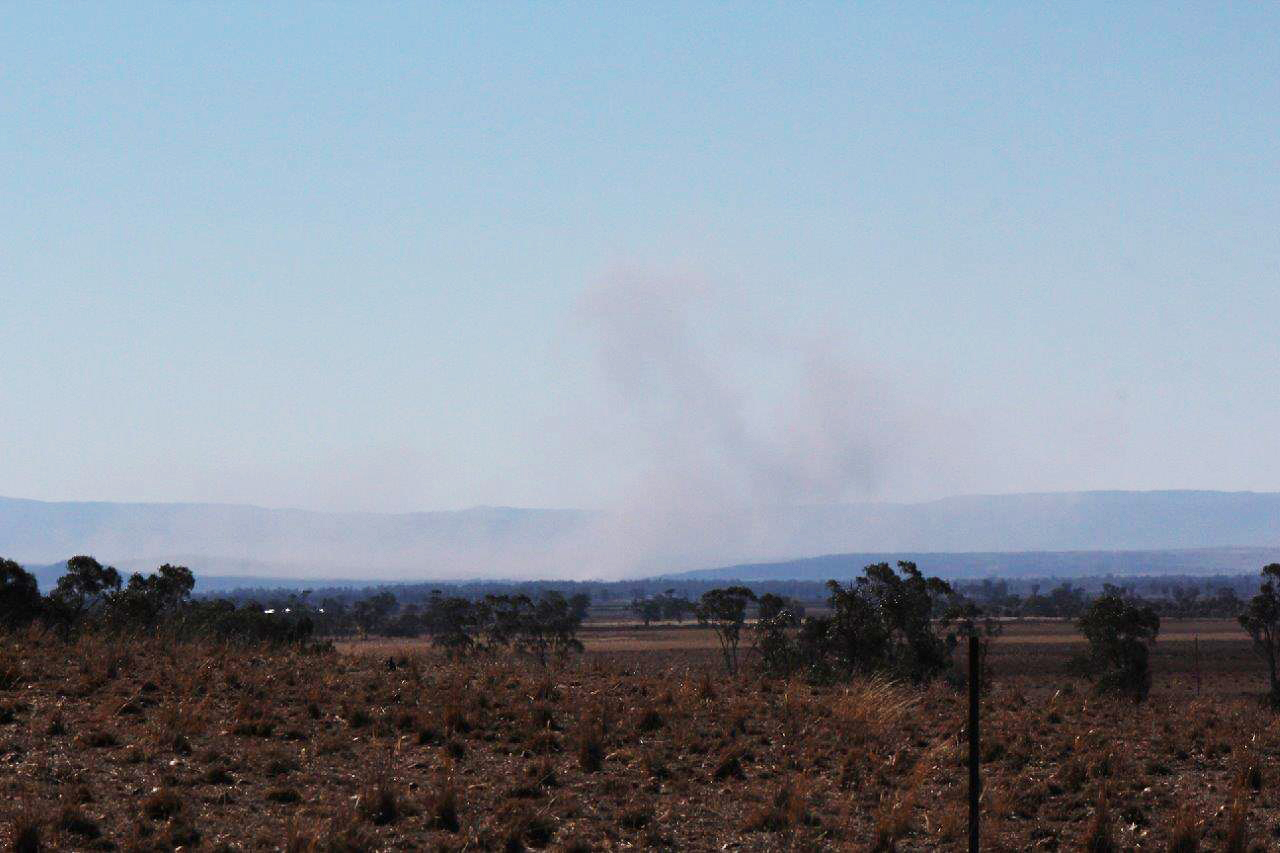 Photo taken from a farm at Emerald Hill, near Boggabri, some 37km from Maules Creek coal mine in the minutes after a blast, shows the blast plume spreading literally several kilometres. (Photo supplied)

Mr Flynn’s version of events has subsequently been refuted by the NSW Environmental Protection Authority.

Community members have continued to call Whitehaven to account for the CEO’s outlandish claims, but the company is refusing to respond.

So what is the significance of the statements made at last year’s Whitehaven Coal AGM, now resoundingly debunked by the NSW EPA?

The company is openly saying that the EPA had pre-judged the noise pollution audit.

This was a Mandatory Audit imposed by the NSW EPA under the Protection of the Environment Operations Act 1997 (NSW). Mr Flynn’s statements allege that the regulator is implicated in misfeasance.

The company claims that the Mandatory Noise Audit was conducted purely as a tactic to defuse noise complaints.

This is an allegation of collusion between the NSW EPA and Whitehaven Coal. This outrageous abuse of power, if true, would be an enormous blow to the credibility of the NSW EPA just months after the NSW Audit Office published a damning report on the regulator.

The company told its’ shareholders that the Mandatory Noise Audit was instigated solely as the result of one complaining neighbour.

Despite the blatant falsehood of this statement, it has remained uncorrected to Whitehaven Coal’s shareholders and financiers. The Audit was imposed after the NSW EPA became satisfied there were sustained noise exceedances, an unacceptable number of complaints from the community, a track record of cautions and infringements, and “reasonably suspected”:

“(i) that the holder of the licence has on one or more occasions contravened this Act, the regulations or the conditions of the licence, and

(ii) that the contravention or contraventions have caused, are causing or are likely to cause, harm to the environment, or

(b) the appropriate regulatory authority reasonably suspects* that an activity has been or is being carried out by the holder of the licence in an environmentally unsatisfactory manner”.

The CEO stated that the NSW EPA was responding to only one neighbouring landholder who was “seeking to extract a very large price for his piece of land”.

In reality, the Maules Creek coal mine has been beset by complaints about noise, dust and blasting pollution. The company sought to keep secret a “litany” of environmental breaches and warnings from the EPA, as reported in an article by the ABC’s National Science Reporter Jake Sturmer, “Whitehaven Coal documents showing environmental breaches raise concerns”, in July 2017.

Although there are a few Maules Creek landowners who could have been the “one neighbouring landholder” blamed by Mr Flynn, it is likely he was referring to Mr Pat Murphy, a farmer who actually did not have acquisition rights but whose two adjoining properties are in the path of the prevailing south-easterly wind and was beset by serious pollution from the Whitehaven mine. His story “Limbo Land” was the subject of ABC’s Australian Story in 2016.

This statement has provoked the ire of Boggabri and Maules Creek residents. For the company to blame one member of the community for their environmental failures is deeply offensive to most people, including those who once had hopes that Whitehaven Coal would bring benefits to the region.

That they do this at a shareholders’ meeting shows the contempt that the company has for our community,” said a representative of the Maules Creek Community Council, a local community group.

Community representatives at the Maules Creek Mine Community Consultative Committee and the Boggabri Business and Community Progress Association have asked the company to provide an explanation for the CEO’s statements. So far, Whitehaven Coal has refused to respond. 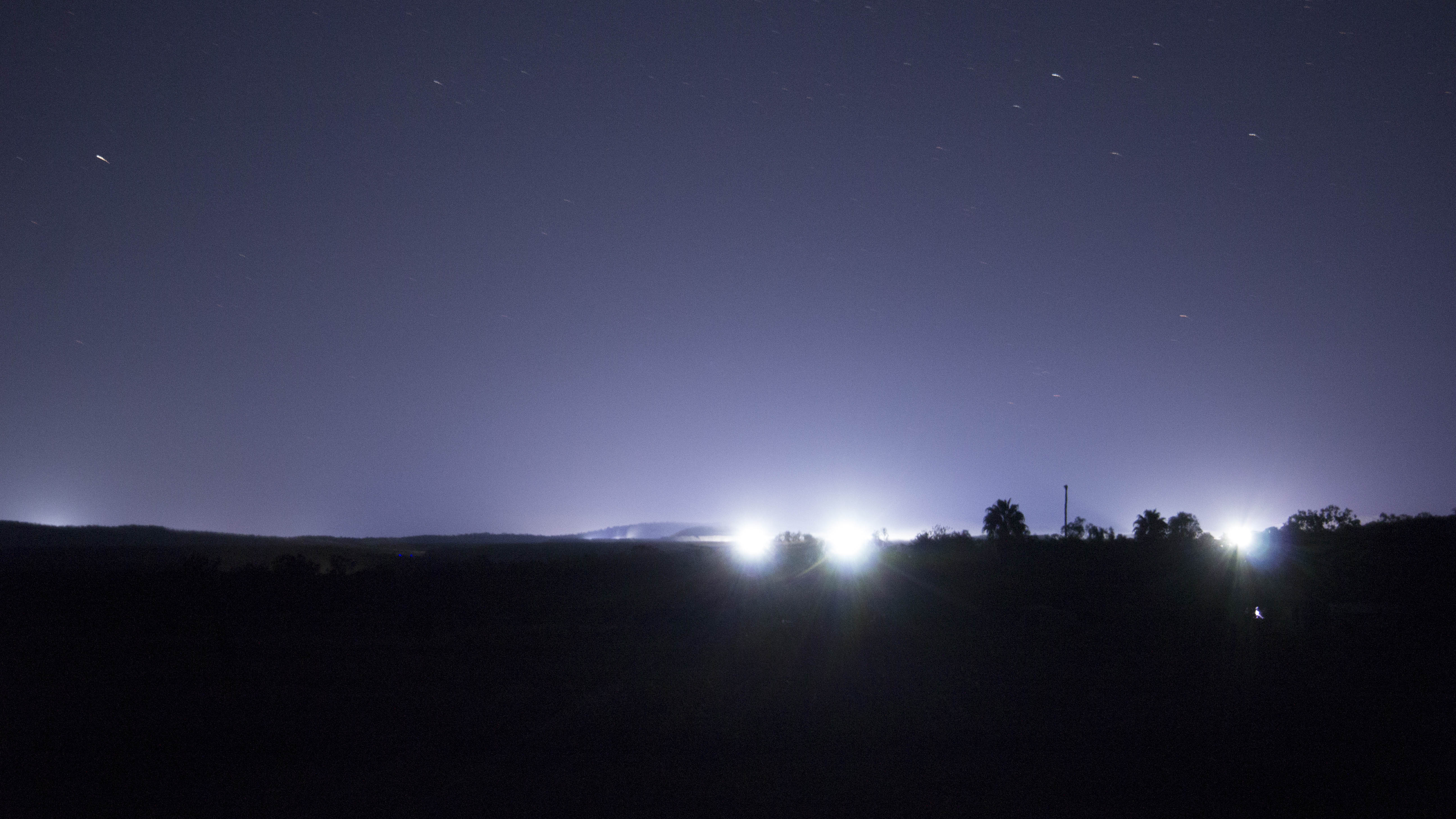 Light pollution from Whitehaven Maules Creek Coal Mine, captured on the 15th August, 2018 from 18km away, Photo courtesy of Jake Holroyd, Photographer

Meanwhile, despite being told by the Boggabri Business and Community Progress Association that they do not have social licence to operate in the region, Whitehaven Coal presses on with its much-delayed Vickery coal mine project, with an Environmental Impact Assessment lodged with NSW Department of Planning and Environment and being prepared for public exhibition.

The Vickery Project is shrouded in confusion. Having been approved as a 4.5 million tonnes per annum coal mine in 2014, Whitehaven has experienced 4 years of delays in starting the mine because it claimed a larger mine would be more financially “attractive”.

The company then planned an expansion of the existing Vickery mine approval for an open cut mine pit close to the Namoi River, certainly invoking the “Water trigger”, a condition of Commonwealth environmental planning law that forces the mine to obtain Commonwealth approval if it is “likely to have a significant impact on a water resource.”

Whitehaven has now shrunk the Vickery project back in size by a considerable margin, stating that it will not mine any closer than 2km from the Namoi River.

Paul Flynn told The Northern Daily Leader in December 2017 that he is “absolutely confident in the science that any future mining activity will not affect the Namoi River”.

However, his confidence in Whitehaven’s hydrogeology modelling is not shared by the many locals who are now waging a battle with the company over claimed damage to the Maules Creek groundwater source and who claim the Werris Creek farmers who have faced similar conflict with the company.

It in this context that the community continues to demand an explanation and an apology from Paul Flynn for his statements at the AGM.

People are also asking how the controversy has affected relations between Whitehaven Coal and the EPA, especially the Armidale Branch which presumably was being referred to by the CEO.

In the meantime, the Maules Creek Environmental Protection Licence has recently been removed from the high-risk category.

The statements made by Whitehaven’s CEO impugning the NSW EPA, refuted by the regulator, are coming to bear at a time when the company least needs this kind of scrutiny. With an application for a new mine, and a Quarterly Report coming up, questions are being asked about how faithfully Whitehaven Coal reports matters of environmental risk – or any other risk, for that matter.

For more information on this mine please see: