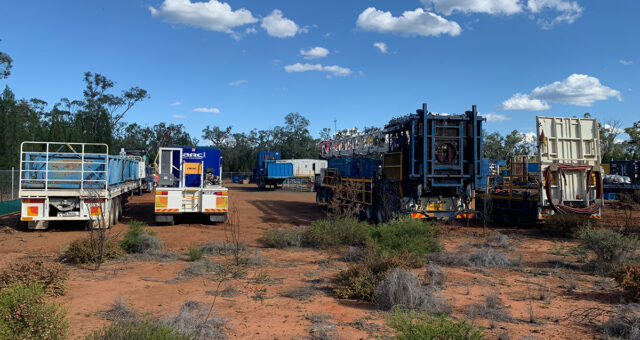 Load based licensing is a way of charging for polluting. Some activities cause more pollution than others and are therefore charged accordingly. You would expect the licence fee (Environmental Protection Licence or “EPL”) to fluctuate, as in some years more emissions may occur due to different activities undertaken by the operator.

One example of this is when a gas company operates a workover rig on its existing wells. These types of rigs perform maintenance such as clearing downhole blockages and pump replacement and are known to generally increase emissions. North West Protection Advocacy found out more about this topic by contacting the NSW Environmental Protection Authority (EPA) and conducting our own research. We wrote to the EPA on the 21st December, 2020 and finally received a reply on the 3rd May, 2021.

The EPA informed us on the 3rd May 2021 that methane (CH4) is not an assessable pollutant under the EPA’s load-based licensing (LBL) scheme despite being a greenhouse gas some 80+ times more potent than Carbon Dioxide (CO2) in the short term. Methane is a known potent pollutant and the main constituent of the greenwashed term Natural Gas. Combined with other hydrocarbons in coal seam gas, like ethane and propane, it also contributes to ozone pollution in the lower atmosphere when mixed with nitrogen oxides from combustion. The EPA produces its own fact sheet on methane. The links at the end to external emissions calculations are broken.

Santos Petroleum exploration, assessment and production is currently assessed for:

The EPA Methane fact sheet states: “EPA requires the licensee to submit a brief summary report on its Leak Detection and Repair (LDAR) program with the operation’s Annual Return.” No data for methane is recorded on the latest Annual Return (EPA GIPA 729) and the LDAR report states seven detections were made in the 2020/21 reporting period but contains no data and states a full review is not due until 2024.

Is Santos reporting methane emissions to the EPA correctly?

It is a question of particular interest in the light of the current challenge in the Federal Court of Australia by the Australian Centre for Corporate Responsibility that accuses Santos of making false and misleading claims that it is producing “clean energy”. The ACCR alleges that Santos’ 2020 Annual Report failed to disclose, among other matters, that its extraction and processing of fossil gas involves  the release of significant quantities of CO2 and CH4  into the atmosphere.

We are interested in particular in a piece of equipment that Santos contracted for use through Easternwell (now owned by infrastructure servicing company Ventia) known as a SCUF tank (Safe Controlled Unload and Flowback (tank). It’s the big blue tank in the photograph above and is shown here with a visible vapour arising from it, venting raw emissions. The stated purpose of the SCUF tank is to reduce methane emissions from workover and well completion activities.

As no flaring was permitted for workover operations during the summer bushfire season (GIPA EPA694) raw (cold) venting was the process used to release wellbore emissions. This would have negated any benefits of using the SCUF tank.

The average emissions for well completion was ~0.3t CH4 (peak 6.5kg/min) (no flaring occurred) compared with 21 tonnes CH4 (25kg/min) for the single workover activity (which used SCUF). The USEPA now collects emission data from across the unconventional gas industry and in the 2014 inventory, an emission factor of 36.82 tonnes CH4 per completion was used for hydraulic fracturing completions and workovers where the gas was vented.1 The Australian National Greenhouse Gas Inventory uses an emission factor of 25.9t CH4 for well completions regardless of technology.

No increase of fees for Santos, in fact a substantially reduced fee

We were informed by the EPA that Workover Operations would increase fees for Santos but they did not. Instead the latest reporting period attracted a substantially reduced fee despite including a significant workover operation. (See letter published in full below).


Minor reductions in methane emissions from use of SCUF technology is a distraction from the real problem of fugitive emissions from coal seam gas fields. The whole point of contracting the SCUF tank for use in the Pilliga was rendered defunct by the inability to use the Flare360° technology that would reduce emissions due to restrictions placed on flaring for workover operations during bushfire season. This of course begs the question of why Santos are permitted to flare for other operations.

Workovers on coal seam gas wells are a frequent necessity and this investigation reveals the need for greater transparency around the cumulative quantity of CH4 emitted by Santos in the Pilliga.