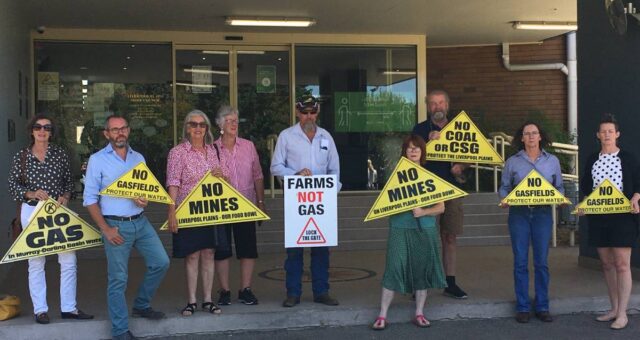 The Queensland Hunter Gas Pipeline was originally scoped out in the mid 2000’s and a 200m wide pipeline corridor study area approved in 2009 for 10 years. In 2018 the project was extended for a further 5 years by the NSW State Planning Department with a new expiry date of October 2024 for significant works to have started.

Landholders had no contact from the proponent from 2011 until mid-2020 when the project re-employed staff to progress the project. From these interactions between the proponent and some proactive landholders there now appears significant movement away from existing study areas onto new landholders and crown land due to resistance and on the ground issues with existing landholders.

An application was made in August 2022 by the proponent for an Authority to Survey from the NSW State Government Energy Department. This legal instrument, if issued would grant the proponent access with conditions to private landholder’s land for the study of the final alignment route. This would bypass landholder consent. The Authority to Survey is classified as an “instrument of last resort” when many landholders have only had letters of introduction to the project.

The proponent has to narrow the final route / pipeline position down to a 30m wide easement via on the ground study and analysis along the entire route to progress towards obtaining a Pipeline licence from the NSW Government to enable building of the project.

Landholders have significant issues around the project, but not limited to:

With a development this significant mostly via private land, landholders wish their lack of consent given for various reasons be respected, in relation to the risks associated that shouldn’t be born significantly by private landholders for the proponents ultimate gain.

More information can be found here: