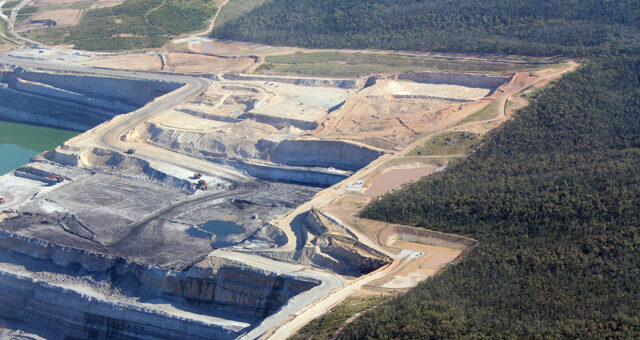 North West Protection Advocacy is based in Coonabarabran, New South Wales. We are a community group that conducts research and advocacy in relation to environmental impacts of hazardous industries in north-west New South Wales, particularly concerning the impacts of fossil extraction, transportation and production on forests, water and farms.

We object to the Maules Creek Coal Mine Modification 9. Before providing a list of our reasons, we would like to make some comments about the public consultation process which we argue has impacted on the adequacy of the assessment of what we believe to be extremely serious ecological concerns associated with the Leard Forest biodiversity offsets.

We are of the view that this modification report is so severely compromised in its content that it requires revision and republication. The Department should consider asking the proponent to withdraw this modification until such time as it can prepare documentation that is commensurate with the nature, complexity and implications of the subject matter, being the biodiversity offsets for the Leard State Forest.

2 Whitehaven Coal has failed to satisfy the public engagement guidelines

We believe there is ample evidence surrounding this modification to say that it contradicts the aforementioned, both in spirit and in its failure to apply the letter of the guidelines.

According to the guidelines, Department led engagement “will be” open and inclusive, easy to access, relevant, timely and meaningful. However, in this instance Department led engagement does not appear to have satisfied any of these requirements. As we are not on the community consultative committee of this project, we are not party to informal discussions that occur which are not minuted. It would appear that location has come as a complete surprise and has been dumped on the community with no notice of any details, in the lead up to Christmas. We don’t see any evidence the proponent has even attempted to fulfil its obligations.

The modification report refers at Section 5, p. 38 to “Engagement”. Presumably the authors of the Modification Report, who remain anonymous, are aware of the New South Wales government’s Undertaking Engagement Guidelines for State Significant Projects. We have to assume also that they are aware of the International Association of Public Participation, whose principles are invoked in the Departments Guidelines. However, there has visibly been no attempt to honour the Guideline or the IAPP’s internationally recognised principles of engagement.

The Guidelines state: “The Department expects proponents to consider the core values and public participation spectrum of the International Association of Public Participation (IAP2) when developing their engagement strategy. The pillars of the IAPP include core values which are recognised worldwide, and are explained here: https://cdn.ymaws.com/sites/iap2.site-ym.com/resource/resmgr/files/IAP2_Federation_-_P2_Pillars.pdf

The Department’s Guidelines seek to interpret the IAP: “To facilitate effective engagement, proponents will be expected to [our emphasis]:
• provide clear and concise information about the project and its impacts
• implement activities that encourage and facilitate participation
• report back on what was heard, what has or hasn’t changed, and why.”

While the IAP’s public participation spectrum exhorts infrastructure proponents to “inform, consult, involve, collaborate, empower”, none of these modes of engagement are being conducted to a minimum acceptable standard, including informing the public about the new proposed offsets in a meaningful way that aids community understanding, eg to justify offset properties so far removed from the Leard State Forest in distance and elevation, and how after over ten years Whitehaven and its former consultants can mysteriously “find” more CEEC that Greenloaning Biostudies and the Biodiversity Conservation trust were unable to identify.

Guidelines require proponent, “To facilitate meaningful engagement, the proponent should show how feedback was considered and how it influenced the final shape of the project.” This is outside the legal obligations of a proponent in the NSW planning.

The misalignment between the Rapid Assessment Framework and the purported stakeholder engagement leaves some uncertainty about the minimum amount of information that should be provided to the public and indeed other stakeholders.

Proponent led engagement is also unsatisfactory. Cursory information has been provided to the community consultative committee, and there has been no opportunity for community members to ask questions as the last CCC meeting for the year predated the exhibition of the Mod 9 Modification report. It is therefore self-evident that if the only opportunity for community members to undertake any questioning of the modification report occurred prior to its being made public.

In other words, even the most elementary requirements of the guideline, has a material impact on the ability of the public to make any meaningful comment.

3. Reasons for the modification

The company has provided a list of reasons the need to modify its biodiversity offsets strategy, but has failed to include the most salient, the most controversial and arguably unlawful reason for the need to now modify the offset scheme. While Whitehaven seeks to blame the New South Wales government for having introduced “a revised process for establishing long-term security of the offset areas with the introduction of the NSW Biodiversity Conservation Act 2016”, it also blames the New South Wales government for introducing a revised vegetation classification system in this state, suggests that detailed surveys of the property boundaries were not conducted throughout the past 10 and more years, but fails to point out the most glaring reason why this modification is prompted – the modification is needed because the biodiversity offsets proposed by Whitehaven Coal were conclusively rejected by the Biodiversity Conservation Trust and unable to be registered under conservation agreements.

Therefore we find the list of factors on page 7 is misleading. The justification for the modification should be expressed in a way that does not conceal the history of these offsets, including:

The modification report states that variations to the biodiversity offset conditions in the Commonwealth EPBC Act approval (EPBC 2010/5566) are required. However, it would be more correct to admit that the offset conditions need to be varied because the much promised northern offsets have never been in reality as described by Whitehaven coal in order to obtain planning consent. To omit this salient information is to mislead readers who do not have independent knowledge of these events and as a result, taken as a whole constitutes the provision of misleading information.

As a result, we consider the modification report to be misleading and the record should be corrected. This legal document is too important to brush off errors like this which then remain on the record of the Department of Planning’s major projects portal.

We also say that it is incorrect to place blame on the Department for having introduced the new legislation in 2016, as the new legislation benefited the company by providing several more years of time in which to destroy Leard Forest CEEC without fulfilling its offset obligations. Whitehaven was perfectly at liberty to proceed with its offsets mapping et cetera prior to the introduction of the new biodiversity scheme. Whitehaven should therefore not use this as an excuse. We ask the department to recognise this language provides a false interpretation of the events that took place in the lead up to the 2016 legislation.

We are calling on the Secretary of Planning to require Whitehaven coal to correct the record and require to include references to the EPBC extensions.

We are aware of an undertaking made by the Secretary of Planning Mr Mick Cassell in a letter to the NSW Auditor General on 26 August 2022, of the department’s intention of “maintaining a scientifically rigorous approach to assessing biodiversity values”, but this modification report is not scientifically rigorous and should be rejected. By December 2022, the department undertook to improve biodiversity assessment, including commitments as follows:

The NSW Auditor General will be interested to see that the promised “scientifically rigorous approach” is not in evidence here. Maules Creek Mod 9 is not a “high quality assessment report”, evidenced by:

It should be noted that lack of scientific rigour and failure to ground-truth the condition class claims made by Whitehaven Coal were features of the Biodiversity Offset Strategy of the Maules Creek mine since the original Environmental Assessment. Based on the modification report, it is apparent that the same trajectory could play out for another ten years unless the department insists on independent ground-truthing prior to any approval of this modification.

To avoid a repetition of the lack of scientific rigour which allowed the Leard Forest offsets to not be groundtruthed for ten years, inspections of the offsets should be mandated in the conditions to allow members of the community and in particular the Environmental Representative on the Maules Creek CCC, to personally view the offsets in company with independent experts.

*Maules Creek mine is now far advance in its indicative surface footprint than originally planned. Instead of digging deeper, the company chose to continue spreading outwards at a greater rate than anticipated while knowingly having no lawful offsets for the Leard. Therefore, recommendation 6 is not unreasonable.