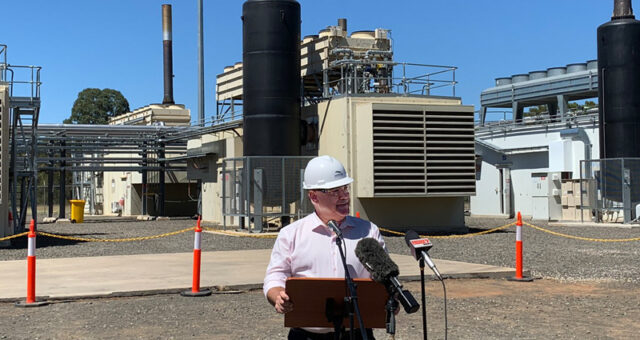 While the NSW Government continues to face trenchant opposition to the coal seam gas industry from all quarters of society, close attention should be paid to the regulatory scheme in Queensland which the Government is likely to attempt to adopt.

According to sources close to the NSW Nationals Leader and Minister for Resources John Barilaro, at the centre of the proposed scheme is a GasFields Commission style of statutory body coupled with legislation that will remove rural land from the planning system and thus eliminate the requirement for environmental impact assessment of gas fields.

This is what the Queensland Auditor General had to say after conducting an investigation into the Queensland GasFields Commission in 2019. The Auditor General cast doubt over whether the “process adequately manages coal seam gas activities in areas of regional interest” and concluded that due to inadequate data, “we can only provide limited assurance over their effectiveness in regulating the industry to ensure a safe industry that is compliant with tenure and environmental obligations”.

Land owners in the Narrabri Gas Project area and Santos’ joint venture footprints around the State should pay special attention to the Regional Planning Interests Act 2014 (Qld) (the RPI Act) which determines who are the “winners” – people who have the right to say no to coal seam gas, and “losers” – those landowners forced to let the gas industry onto their land. The problem is that so far, after 7 years, the gas industry has overcome farming objections every time the process has been tested.

Meaning of “co-existence” not defined

The myth of co-existence between the unconventional gas industry and host communities has been repeatedly exposed in the nearly ten-year history of coal seam gas in Queensland’s Darling Downs (Surat Basin). The conflict is raging even now on closely settled, prime cropping land in the Cecil Plains area over Arrow Energy.

That won’t stop Barilaro, as Minister for Regional NSW, who is expected to imminently announce the NSW Future of Gas Statement, modelling NSW gas regulation on Queensland.

How Barilaro intends to deal with conflicts over gas industry access and compensation agreements (CCA’s or Conduct and Compensation Agreements) is unclear but the current Queensland scheme, based on the RPI Act, has come under fire from land holder advocacy group Property Rights Australia which claims that the meaning of co-existence is not defined under the legislation and has “never been adequately tested against landholder values of what significant impacts are and the need to protect from” gas.

Having failed to negotiate with the insurance arrangements to protect users of groundwater from losses arising from excessive drawdown or contamination, having failed to satisfy the NSW Chief Scientist’s recommendations in full, the Government’s only remaining course of action is a regulatory scheme which completely avoids environmental impact assessment of gas fields and allows any landowner with a CCA to impose harm on their neighbour by agreeing to deviated drilling which would gain access to their neighbours land via underground drilling.

The impacts of deviated drilling, including vibrations, subsidence, methane migration and other chemical leakage, and damage to groundwater bores are not assessed or taken into account.

Channelling conflicts between landowners and gas industry into a confidential, mediated process or as GasFields Commission says “to avoid the Land Court” results in conflicts not being litigated and the facts of conflicts being kept under wraps.

Widely regarded as a rescue bid to save Santos from failure in NSW due to the high cost of Narrabri gas, the Future of Gas is believed to include an announcement about which expired petroleum exploration licences (PELs) are to be cancelled permanently  by the Government (if any). Santos has a stake in all of the expired PELs through its joint ventures with other gas companies Australian Coal Bed Methane, Carbon Minerals and Comet Ridge. Barilaro has sweetened the deal for Narrabri with the promise of a “Special Activation Precinct”.

A Parliamentary Inquiry of the NSW Legislative Council is also underway concerning the “zombie PELs”, as they have been dubbed, and whether they should be cancelled. (Submissions to the Zombie PELs  Inquiry can be read on the NSW Parliament website.) On Tuesday Barilaro refused to appear at this inquiry to give evidence.

Santos states in its Submission to the Parliamentary Inquiry: “The Chief Scientist’s Independent Review into Coal Seam Gas Activities in NSW and subsequent implementation of the NSW Gas Plan have ensured the regulatory and compliance regimes in place in NSW are among the most rigorous in the world.”

Due to this massive fail, and the unwillingness of the insurance industry to be the fall-guy to the groundwater-destroying gas mining impacts, NSW landowners in the path of Santos would be forced into negotiating with the gas industry over compensation. The Agreed Principles of Land Access Memorandum of Understanding of 2014 reflect the understandings of NSW Farmers, Dairy Connect, the Country Women’s Association of NSW and other stakeholders who were signatories to the commitment of gas industry and NSW Resources to respect landowner opposition of gas wells on their properties. Barilaro has not explicitly said so, but the Agreed Principles of Land Access are certain to be dumped as part of Barilaro’s Future of Gas, without notice to the other signatories.

Unrealistic hopes of co-existence are fuelled by legal theorists like Dr Madeline Taylor, whose submission to the Zombie PELs Inquiry promotes a form of collective bargaining by landowners to negotiate with the gas industry. If Dr Taylor spent more time at the frontline of the gas industry, she would have been aware that divide and conquer is central to gas industry negotiations with landowners, and the idea that the gas industry would countenance a system in which it has to confront landowner collectives is a far cry from reality.

In this we agree:

The protection needed from unconventional gas mining from today and into the future should be a permanent gas ban similar to the one Victoria introduced into its State Constitution on 1st July 2021. Given a choice between Queensland’s open slather approach to unconventional gas mining, and Victoria’s rejection of the industry, it is clear that NSW overwhelmingly favours the latter. We will not be satisfied to see our agricultural land, state forests and travelling stock routes sacrificed for onshore unconventional gas in NSW.

Visit our site A/02 at AgQuip to learn of the risks to water, farming, community & the #liverpoolplains from coal seam gas & the development of the Santos Narrabri gas project & the Santos Hunter Gas pipeline - being fought valiantly by the community of the northwest. #nswpol

"These well pads will be constructed and operated under an exemption pursuant to Section 22 of the RPI Act. Deviated well trajectories on land subject of this application will not be commenced until RPI Act requirements for the associated well pad have been satisfied" SEE BELOW..

So Santos have our home farm on Bundella Rd Quirindi currently not affected by the 2009 approval of the Hunter Gas pipeline - they now want to survey our family home in 2 different routes to potentially move the slated gas pipeline off a neighbour who rejects it. #liverpoolplains

Hunter Gas pipeline is not compatible for Hydrogen carriage, we have had that confirmed by the company and Department of Planning.

Hydrogen should not be transferred over such long distances as described here:
https://upperhunter.nsw.gov.au/f.ashx/HGP_UHSC_letter_02Jul2021.pdf