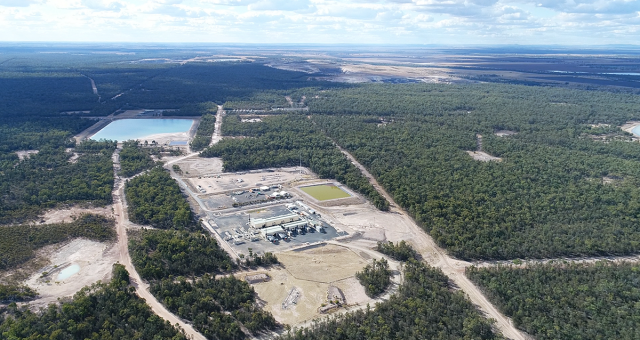 By Shay Dougall, Principal of Molliwell

The rehashed announcement by the Qld Premier in the media dead zone of last Friday afternoon that the Arrow Energy Surat Gas Project will go ahead with a final investment decision shows that the Premier is happy to stand with Arrow Energy’s CEO in opposition to the CEOs of farming families in the impacted area. Premier Palaszczuk joyfully (and ignorantly) risks their business, children’s recreation areas, their air quality and water security and their staff’s health and safety. The failure of the Premier to consider the impact of this announcement on Queensland farming families (who are another essential service and pre-existing primary industry) is negligent.

What other company has had the privilege to stand next to the Premier and say how they will boost the post virus economy? The Premier did not stand up with the mum and dad CEOs of dairy, beef, legume and fibre producers to allow them to demonstrate how they are maintaining the current or “boosting the post virus economy”.  This blessing by the Premier is the next grotesque and outrageously transparent example of disaster capitalism from our fossil fuel-controlled governments and their multinational gas company lobbyists.

This is despite the fact that earlier this year at a Western Downs Regional Council 2040 Vision workshop – the need to prioritise Ag over Resources was also identified as necessary to ensure a sustainable future. How can the government reconcile its prioritising of the resource industry with the recent South Australia University article that suggested that the areas targeted by this project are among the most economically vulnerable during this Covid–19 crisis and therefore should develop and support their Agricultural Industry? The government is exempting FIFO/DIDO (Fly In, Fly Out/Drive In, Drive Out workers), and by doing so putting the agricultural community at heightened risk from the pandemic. Gas company risk management procedures solely focus on taking the temperature of workers who have come from myriad locations on sometimes crowded flights from densely populated and high risk areas. Social distancing is given lip service but is unable to be implemented.

The Arrow Surat Gas Project is covering some of the best agricultural land in Queensland, from Wandoan to south of Milmerran. Effectively the Premier has announced a “significant investment decision” made by the Government and Arrow Energy which will change the primary use of that land from agriculture to gas mining without any mention or representation of those currently managing that natural resource and now required to host this new industry, and which is reliant on the water that Arrow Energy will remove and turn into a ‘waste product’ (as shown in the ‘Surat Cumulative Management Area Model’ identifying the farmers bores listed to be impacted by the gas industry).

This announcement ‘Major projects mark COVID-19 recovery’ is not a brand new project, it was already announced over 14 months ago as ‘More gas and jobs to flow as $10 billion Arrow project gets the green light’.

All of the issues outlined in this article show how offensive this announcement is, but what is most offensive is the way the Premier has reinvented it and integrated it into some farcical imagined panacea of economic recovery after a completely unrelated health crisis. Remember also that the EIS for this project was approved by the Queensland Government in October 2013 and by the Commonwealth Government in December 2013, seven years ago.

The Queensland Audit Office in February 2020 issued a scathing report on the government’s inability to manage the CSG industry. It raised serious questions around a lack of transparency, ineffective compliance management and data, and failures of legislative function. Nevertheless, the Premier staged a dedicated press conference on how an old news story is going to not only provide gas to serve a manufacturing industry that barely exists but has to pay export parity prices. This gas will not magically arrive at the manufacturers doors and may not be available for some years.

Arrow have been tormenting farmers in these priority agricultural districts, using the vague Environmental Authority the government has already awarded them. Arrow are not giving any firm details of where or what they will be doing, there is no risk assessment of the impact on significant waterways or existing contamination from Linc Energy which overlaps the Arrow project and could bring drilling activities within the dangerous plume left behind by Linc’s catastrophic underground coal gasification attempt. Yet, farmers are expected to consider entering a forced long term multigenerational contract with them.

Some of the biggest threats to landowners is the impact of subterranean directional drilling, which can include disturbance to the hydrology of the aquifers as well as encroaching on a farmer’s property (subsurface) from a neighbouring property without permission. Also, what are the implications for underground trespass? This has not been considered by the government nor is it considered in their Environmental Authority leaving individual farmers having to duke this one out in the court.

The Regional Planning Interests Act and the impact this flawed legislation has for farmers expecting their priority agricultural land to have protection and primacy of use is of serious concern as is the gas industry’s indiscriminate impact via unlimited take, on farmers water. Questions have been raised regarding the appalling standards farmers are required to accept on gas industry ‘baseline testing’ of their water bores and what about the human rights impacts that this industry has and the concerns already vindicated via the Permanent People Tribunal verdict in 2018? The Permanent Peoples’ Tribunal (PPT) was established in Bologna in 1979 and is now based in Rome.

What about the Work Health and Safety issues that are not resolved in the permitting and approvals process but are left to individual farmers to hash out with the gas companies if the farmers have the (unpaid) time and expertise to address them?

As for the claims made in this particularly sensational announcement by the Premier:

“Arrow Energy – and its shareholders, PetroChina and Shell – have worked with the QGC joint venture to put in place a complex and innovative suite of commercial collaboration arrangements to bring to market one of this state’s great natural resources – natural gas,”.

However, Arrow remains silent on what these complex and innovative arrangements are and how they might benefit Queenslanders.

Below is a bar graph produced by The Australia Institute showing clearly that oil and gas extraction is one of the smallest employers in Queensland.

The Premier said the Surat Gas Project would mark another milestone in Queensland’s economic recovery from Covid–19 but this statement upon examination appears to be far removed from truth.  The optics of the Premier’s delivery, standing next to a gas industry CEO mid quasi lockdown and suggesting propping up a declining resource industry at the expense of agriculture and that it will not only lead to a recovery from the unprecedented COVID–19 pandemic but directly support the manufacture of desperately needed PPE is spurious at best and deceitful at worst.