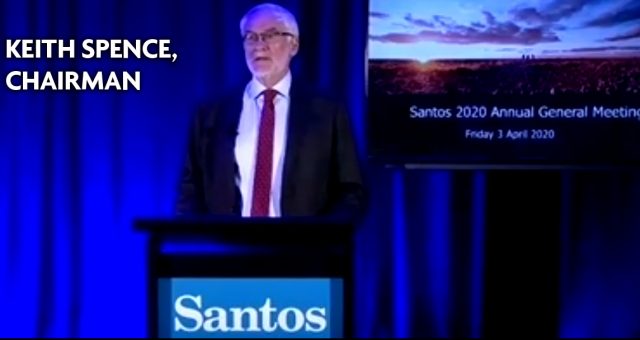 Santos chairman Mr Keith Spence has opened up new questions about the accuracy and reliability of the Environmental Impact Statement for the controversial Narrabri Gas Project, indicating to shareholders at the Santos AGM that the target seams for coal seam gas mining in the Pilliga Forest are not those referred to in the EIS itself.

To read how this happened see these articles published by Michael West Media.

At Santos’ Annual General Meeting on 3 April, Mr Spence responded to claims contained in a new report from community group North West Protection Advocacy which revealed carbon dioxide levels in Narrabri gas are over twice what Santos has disclosed.  The report has significant implications for Santos’ greenhouse gas reporting and the cost of extracting methane for the energy market.

“If Mr Spence’s statements are true, this opens up some fundamental questions for the Department of Planning and Santos itself,” said Anna Christie, a member of NWPA team which published the report “Narrabri Gas project: Greenhouse claims refuted” which is based on 20 years of data from 26 coal seam gas wells and nearly 1,000 records which were used to ascertain the average CO2 levels in the Narrabri gas deposits.

In what appeared to be a pre-prepared statement anticipating questions about the NWPA Report, the Chairman’s statement indicated that the targeted coal seams for Narrabri Gas are not those referred to in Santos’ Environmental Impact Statement. He referred to deeper coal seams, opening up the possibility that predictions about the emissions and economics of Narrabri Gas would have to be revised.

After the AGM, NWPA did go back and look closely at the “deeper” coal seams referred to by Mr Spence and has found, if anything, CO2 present in the deeper coal formations is in some cases even higher than the shallower Hoskissons coal seam. The figure below graphically shows the relative locations of the coal seams which lie beneath the Pilliga Forest, the Hoskissons (also being mined to the east by Whitehaven Coal) and the deeper Maules Creek formation.

Full data used in this report is available upon request, contact us here and to view the 15 page report download here: