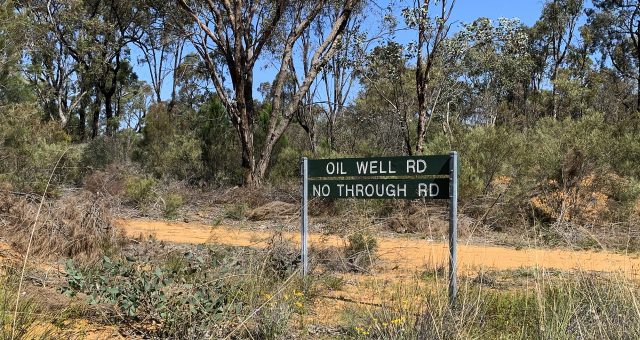 Really? Santos has only just completed a 3½ year planning process since the release of its Environmental Impact Assessment (EIS) in February 2017, but Gallagher expects us to believe Santos has just discovered a way of slashing the long-held cost estimate in the months since August 2020.

Santos had ample opportunity to amend the $3.6B figure, right up to the last day of the public exhibition when it lodged its conflicting and unexpected last-minute submission to the IPC.

Santos has made several major changes to the Narrabri Gas EIS since 2017, including changing the quantity of crystallised brine waste (for which it still has no disposal plan) from 430,000 tonnes to 840,000 tonnes, nearly doubling the amount of the waste estimate. Yet the company has waited until now to unveil its dramatic “revamp” of the investment figure.

Mr Gallagher’s claim that Santos has discovered it can make substantial reductions in cost is a reference to an 84% reduction in connected well costs in Queensland in the years since 2017. Exactly how the 84% reduction in connected well costs in the intensive Surat Basin gas fields like “Fairview” redefines Santos’ investment budget in the unproven Narrabri gas resource was not spelt out. It appears to be tied to the “Zero Waste Well Initiative”.

The story was published on-line with a slightly different headline, “Narrabri gas to cost ‘nowhere near’ $3b-plus: Santos CEO”.

Santos has been stating for years it will invest $3.6B in Narrabri Gas in an attempt to inflate public perceptions about the scale of investment in New South Wales. However, the $3.6B budget is a problem for Santos, because it threatens the company’s aspiration of being the lowest-cost onshore gas producer in Australia and importantly is giving investors cold feet on the expensive cost.

Energy economist Danny Price, Founder and Managing Director of Frontier Economics, was also on the Energy Markets panel along with Mr Gallagher and disputed Santos, asserting that Port Kembla would be cheaper than Narrabri Gas. The gas terminal south of Sydney, which gained planning approval in 2019, is more advanced in the planning process than Narrabri. Backed by mining mogul Andrew “Twiggy” Forrest and managed by ex-Santos NSW boss Peter Mitchley, was a consortium of Squadron Energy, Marubeni and Jera but is now owned 100% by Twiggy’s Squadron Energy.

Gallagher’s protestations indicate that Santos is worried about the potential for Port Kembla to derail the Narrabri Gas Project despite now AIE ex-Santos Peter Mitchley saying they can co-exist. Analysts are not so sure.

A comparison of Narrabri Gas vs LNG (Liquefied Natural Gas) from Port Kembla, courtesy of the website Narrabri Gas Project: Facts and Economics (Facts and Data used for Market Analyses and Gas Properties) shows that delivered cost to Sydney is equal but only if you discount the many uncertainties about the quality of the gas and the costs of extracting and piping it to market:

According to energy industry specialist Dr Andrew Grogan, not only can the import terminal supply gas at the same price as Santos would supply gas, but it can do so without the volumetric resource risk of Narrabri due to high CO2 and other inert gases in the coal seam gas.

Dr Grogan presented Santos’ high CO2 problem to the Independent Planning Commission at length, this was met by a ludicrous response from the NSW Government’s representative David Kitto that it has the “power” under the Narrabri Field Development Plan (a Management Plan mandated by the Narrabri Gas approval) to “direct” Santos where to drill for gas to avoid the locations where in excess of 10% CO2 is present, thus devaluing the gas.

The problems with the Narrabri gas field quality have not gone unnoticed on the stock trading and investment website Hot Copper, where Santos-watchers have raised the issue of the high CO2.

In one chat thread, the question is asked “what is the CO2 content of this gas?” – the answer “between 10-20% of total production.”

Another post states: “The gas produced has a high CO2 content simple as that. Horizontal wells with 2 pumps more than doubles well cost. Isolated location means has to carry all pipeline costs. Break even for the project is about $9/GJ.”

Why is high CO2 a problem?

According to Dr Andrew Grogan, the additional greenhouse gas emissions bring the Narrabri Gas Project on par with coal as a fuel for electricity production. Santos has not accounted for venting of CO2 into the atmosphere in its greenhouse gas modelling for the project, but refuses to disclose its data on the grounds of commercial-in-confidence. As asserted previously in Michael West Media, coal seam gas produced at Narrabri has average CO2 levels of 25-30% which would be raw vented into the atmosphere, contrary to Santos claims of only 5-10% CO2. Reliable publicly available data supports the view that the average is far higher and Santos has cherry-picked selected data to give a false picture of the potential methane reserves available from Narrabri gas.

The higher the carbon dioxide present in Narrabri Gas, the less methane is produced for sale to market and the more expensive the project becomes, CO2 is unwanted, corrosive and problematic for gas companies.

The Narrabri Gas Project gained planning consent, but Santos’ Narrabri gas fight is not over.

The Santos boss is faced with the challenge of convincing the Santos board of the merits of proceeding with the 850 well commitment. The expense of drilling 25 new appraisal wells in what will be a hostile public arena is not to be discounted either.

Serious questions remain, such as how much the Santos Board knows about the high CO2 levels, and did Chairman Keith Spence knowingly mislead shareholders when he responded to questions from Dr Grogan at the 3 April 2020 Santos Annual General Meeting? Mr Spence’s statements to the AGM opened up new doubts about Santos’ disclosures in its Narrabri EIS.

Is Kevin Gallagher’s posturing to the Citi Investment Conference another example of what some economists have labelled “strategic misrepresentation”? Economists Tony Shields and Rod Campbell of The Australia Institute previously described Santos’ “wilful and exaggerated economic assessments to win government approval for its controversial Narrabri coal seam gas project”.

With the Narrabri Gas Project approved at NSW State level, and Commonwealth approval expected to be a sign-off without substantive assessment under the Environmental Protection and Biodiversity Conservation Act (1999), it seems that the road block to Narrabri proceeding in full will be determined more by the economic reality of the low quality gas field.