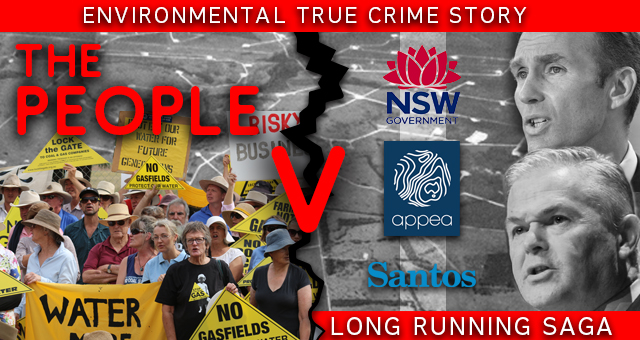 The epic contest between the people of New South Wales on the one side, and Santos/NSW Government on the other has entered a new phase. The request by NSW Minister for Planning, Rob Stokes to the NSW Independent Planning Commission (IPC) to host a Public Hearing that is to be completed within 12 weeks of an assessment report being provided has been backed up by asking the Independent Planning Commission to alter how it holds Public Hearings.

NSW Minister for Planning, Rob Stokes, is continuing to push through the Narrabri Gas Project, suggesting changes to the format of the Public Hearing in the face of the COVID-19 pandemic. Mr Stokes recommends the IPC should consider using video and telephone conferences so the public can participate.

By suggesting this, the Planning Minister has pitted himself against the many thousands of people, who have submitted, objected, protested and lobbied against coal seam gas for 10 + years, representing over 97% of 22,700 submissions to the EIS.

Wrong use of Planning Minister’s discretion

Mr Stokes was under no legislative requirement to trigger a Public Hearing during this time of crisis (the worst in most peoples’ living memory and arguably since World War 2). His Ministerial powers under section 9.1(1) of the Environmental Planning and Assessment Act 1979 provide that he “may direct” the Independent Planning Commission to initiate a Public Hearing. This discretion has been used irresponsibly and in defiance of the NSW Chief Scientist’s recommendations of the prerequisites needed to establish a safe coal seam gas industry in NSW.

February 2020  savaged the hopes of the industry with a damning report on the unreadiness of regulators to protect the State from the irreversible harms of coal seam gas mining. A Parliamentary Committee chaired by Shooters Farmers and Fishers Mark Banasiak MLC announced that the Government has not fulfilled 14 of the 16 Recommendations made by the NSW Chief Scientist which were the necessary safeguards against an industry notorious for its damage to groundwater1, greenhouse gas emissions2, human health implications3 and colossal toxic waste problems4.

In a follow up letter to the IPC to the Independent Planning Commission on 3rd March, Mr Stokes indicated he wanted the IPC to consider using digital platforms to conduct the Hearing.  Other ways of adapting to the social isolation guidelines arising from COVID-19 could include limiting the number of attendees and members of the public allowed to attend a Public Hearing if it were to proceed. All of these fall-back measures serve the interests of Santos, by constraining scrutiny and limiting – or removing –  the ability of Commissioners to question submitters.

Despite assurances from the IPC that a written submission has the same weight as personal appearances, in practice this is not the case. A persuasive speaker with the facts and ability to respond effectively to Commissioners’ questions undoubtedly carries more weight than a document with photos and charts.

In any case, the reality of internet connection speeds means full participation in the Narrabri Gas Project Public Hearing will be impossible for regional communities, including people who would be impacted directly. If the Hearing is conducted virtually, what was to be a blockbuster Public Hearing with hundreds and potentially thousands of attendees would lose much of the public visibility that such a mass gathering would be bound to attract.

That is a gift to Santos, and Mr Stokes should not have used his Ministerial discretion to help the limping Santos project in this way. Launching the Public Hearing process during this time of public crisis is a brazen exploitation of the situation.

Let there be no mistake, it is now clear that the NSW Planning Department will attempt every measure to have Narrabri Gas Project approved – with conditions.

Anyone experiencing mining regulation in NSW knows that conditions are made to be broken and are usually hidden in vague language with little or no objective performance criteria. They often use criteria like “to the satisfaction of the Secretary” and “generally in accordance with” which are supposed to regulate the risks and provide protection against the proven harms that are in evidence wherever unconventional gas is undertaken. Experience from other nearby mining projects like Whitehaven Coal’s Maules Creek mine illustrate this clearly.

None of the above should be interpreted as a sign of disrespect towards the Commissioners of the Independent Planning Commission who released this statement in response to Mr Stokes letter. During the IPC’s short life, the Commissioners have made visible attempts to obtain independent advice, to unshackle themselves from the grip of the Department of Planning and to conduct themselves with integrity. That includes a solid awareness of the need to avoid conflicts of interest.

The IPC has come under fire by the mining industry in recent times leading to a Productivity Commissioner’s Report which diminished and undermined the multi-stage hearing procedures which were introduced in 2017 along with sweeping changes to the State’s planning laws. It has also believed to have led to a reduction of the IPC’s capacity to obtain independent advice.

Multi-stage hearings have been noticeably effective in enabling more transparent, evidence-based decision-making. One such example is the Vickery Coal project near Boggabri. Recent decisions of the IPC have shown a marked tendency to seek independent advice and genuinely scrutinise the Department of Planning’s documentation.

It is obvious from Rob Stokes’ actions that every means possible will be attempted by the Department of Planning to diminish any threats to the approval of Santos’ 850-well Narrabri Gas Project. This is why only a Moratorium against coal seam gas can provide the necessary regulatory framework to protect NSW from coal seam gas.

The Coal Seam Gas Moratorium Bill is the short name of the Petroleum (Onshore) Amendment (Coal Seam Gas Moratorium) Bill 2019. It has been introduced by Justin Field MLC (Ind). The Private Members Bill was to be debated in the NSW Legislative Council on Wednesday, 25th March but this has been postponed due to the COVID-19 pandemic.

A Coal Seam Gas Moratorium has strong support from the overwhelming majority who understand that the industry is uninsurable and threatens groundwater. A Coal Seam Gas Moratorium has enjoyed strong support from NSW Labor, which previously attempted a similar Bill. Now is the time to keep the pressure on for this Bill to be passed in the NSW Legislative Council and then referred to the Legislative Assembly to become law.

Still waiting for the Assessment Report from Department of Planning

Exactly when the Assessment Report will be ready is anyone’s guess. The Narrabri Gas Project has been struggling for approval for years. Now with a pandemic shutting down public meetings throughout the country, the environmental battle of the century, The People vs The NSW Minister for Planning and the Gas Industry might not go as planned.

Minister Stokes is pitting himself against prior Liberal Party policy on coal seam gas which until now has steadfastly held to the position that coal seam gas would not be approvable unless the Chief Scientist’s Recommendations were fulfilled.

Watch here: Environment Minister, Matt Kean told a budget estimates hearing last week that the Narrabri Gas Project should not get a licence to operate unless the Government had implemented all the Chief Scientist’s recommendations: “My view is that the Government should implement all those recommendations before granting the licence to allow any drilling for coal seam gas anywhere.”

If the coal seam gas industry were to proceed under the present circumstances, it would be the environmental crime of the century. It would risk vast areas of agricultural land dependent on groundwater that communities are 100% reliant upon. Gas expansion also promises to destroy the hopes of Australia achieving greenhouse gas targets this century.

The People are backing the Bill. To stay informed about what’s happening in this fast moving space subscribe to our newsletter here.

If you think the Assessment of the Narrabri Gas Project should be paused you can: 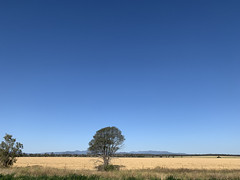 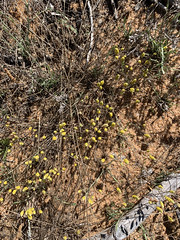 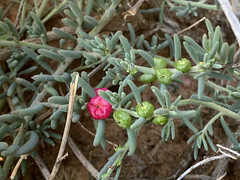