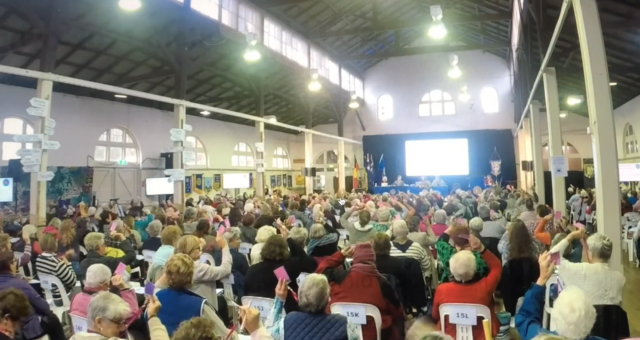 A landmark decision has been passed unanimously at the 2021 Annual General Meeting of the NSW Country Women’s Association calling on the NSW Government to cease the practice of offering Mineral Exploration Licences to $2 companies.

The motion by White Cliffs Branch, which is part of the Darling River Group, refers to the practice of allowing companies with only $2 capitalisation to approach farmers to gain access to land for prospecting, placing the burden of risk and damage to their properties on landowners and not the mining companies.

As a consequence of the unanimous decision, the new CWA policy is:

The White Cliffs motion was moved by sheep farmer Penne Clarke and seconded by former State President Annette Turner, both of whom outlined the risks borne by farmers faced with repeated attempts to conduct invasive exploration which can include digging large numbers of holes and trenches around properties.

Wendy Morris of Wongarbon Branch, near Dubbo, referred to the White Cliffs initiative as “an outstanding motion” and told the conference, ”It is something we really need to push. To see our rural communities, farming families, the women and children who are impacted by these $2 companies is just unbelievable, the emotional and mental stress… and yet it’s out there day-to-day, not knowing what’s going to happen on your land, under your land, and this constant knocking at your door… it’s just so, so difficult.”

Anna Christie from Maules Creek Branch strongly supported the motion, stating that the problem of $2 companies in minerals exploration is part of a wider problem of inadequate regulation of mining. She referred to recent advocacy by the CWA of NSW in relation to the Preliminary Regional Issues Assessment for tight sands fracking in Far West NSW, reported in The Land, in which the Chief Executive Officer of the CWA of NSW Danica Leys upbraided the NSW Department of Planning, Industry and Environment for its attempts to bypass public exhibition of hydraulic fracturing plans.

HEAR THE CWA LIVE STREAM RECORDING OF THE MOTION on Youtube: https://youtu.be/jy994wGm0kc

The CWA Conference heard that in 2017, The Land reported the Bancannia trough north of Broken Hill and the Pondie Range trough north of Wilcannia were being targeted for tight sands fracking by a company called Paradigm Resources. The Australian Securities and Investments Commission Register now lists this company as being under external administration, which seems to point to insolvency.

Barwon MP Roy Butler (SFF) recently addressed Questions on Notice to the Minister for Regional New South Wales, Industry and Trade John Barilaro MP concerning tight sands fracking, the responses received late and highly unconvincing, which claimed that Paradigm Resources were never under consideration for the Exploration Licences – despite The Land reports of the time.

Recently, renewed scoping for tight sands exploration was announced in Far West NSW via a PRIA. This kind of exploration is highly invasive, involving deep drilling yielding naturally occurring radioactive substances from deep within the earth’s crust together with recovered chemicals from fracking fluids.

As to responsibility for rehabilitating after mining activities, the NSW Audit Office Report in 2017 concluded, “While there have been substantial increases in total deposits held, mine rehabilitation security deposits are still not likely to be sufficient to cover the full costs of each mine’s rehabilitation in the event of a default”.

“There is also no financial assurance held over the risk of significant unexpected environmental degradation in the long-term after a mine is deemed to be rehabilitated and the security deposit is returned. A security deposit is not an appropriate vehicle for covering this risk.”