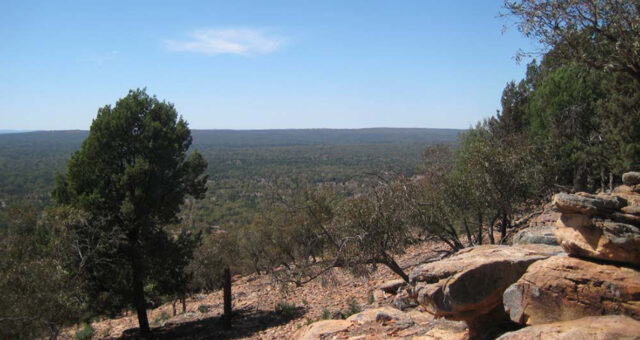 The original PRIA was announced in 2017 and covered an area half the size of the recent announcement.

The NSW Government says “Preliminary Regional Issues Assessment is an initial assessment of social, environmental and economic matters relating to areas that could be released for petroleum exploration. It involves engaging with interested and potentially impacted stakeholders to identify issues for consideration as part of the Strategic Release Framework for Coal and Petroleum.

However, inadequate public consultation about the proposed expansion of the gas fracking industry has been severely criticised by Barwon MP Roy Butler (SFF) who said he is “disgusted” with the Government’s action. Read Roy Butler’s statement here.

“Frankly I am disgusted at the manner in which the Government has chosen to announce this exploration, by stealth, with the community only able to have their say if they’re registered to do so,” said Mr Butler.

Mr Butler’s reference to the 17th February registration deadline is a comment on what many believe to be a deliberate attempt by the NSW government to lock out public consultation to all but the small number who noticed the poorly advertised notification of the impending gas expansion.

As a result of a Notice of Motion made by the Barwon MP, registration has been left open to enable you to have your say. You can email here to register your interest.

What is Tight Sands gas mining?

The difference between conventional and unconventional gas (tight sands) is the geology of the reservoirs from which they are extracted. See fact sheet here:

Which regions in far west NSW are targeted?

The NSW Government has produced Data Packages for all target plays including a review of the structure, geology, basin evolution, history of exploration, and analysis of petroleum systems, the packages cost $70 each. An assessment of the Bancannia, Pondie and Yathong-Ivanhoe Troughs is publicly available on the DIGS website. See pdfs inserted below.


“Hydrocarbon potential: The Bancannia Trough is considered to have relatively moderate petroleum prospectivity within the broader Darling Basin. The three wells that intersect Devonian units within the Trough: Bancannia North 1, Bancannia South 1, and Jupiter 1 all have minor hydrocarbon shows, mainly in the form of elevated gas readings. However, Bancannia South 1 also contained traces of bitumen on cuttings. The southernmost part of the trough is believed to be the most prospective area in the Devonian units.”


“The Pondie Range Trough Petroleum Data Package 2018 is a product of the New Frontiers Minerals and Energy Exploration Initiative of the Geological Survey of New South Wales (GSNSW), Division of Resources and Geoscience, Department of Planning and Environment. The studies and wells drilled to date in the Pondie Range Trough indicate potential for the discovery of new petroleum resources.”

Paradigm Resources Pty Ltd is the original company that was mentioned in the release in 2017 but its online presence has since disappeared. The ASIC Register now lists this company as being under ‘External Administration’ which seems to point to insolvency.