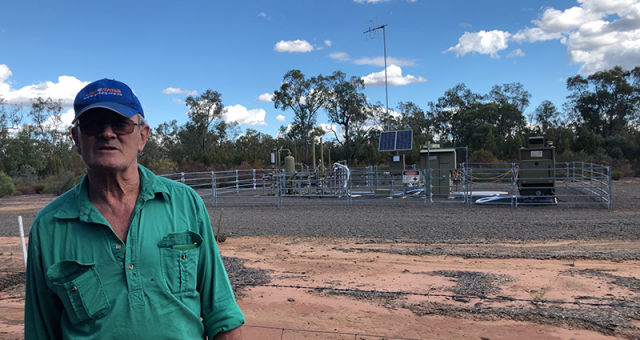 Don McKenzie the writer of the leading letter to the editor of the AFR “NSW clueless on coal seam gas plan” (7th February 2020)  is not a casual armchair observer, but a community representative from Coonamble, a region endangered by Santos if the Narrabri Gas Project were to be approved.

The Australian Financial Review has shown that it is awakening to the realities of the Narrabri Gas Project since its editorial and story “Controversial CSG project set to get green light” (AFR Friday 21st June 2019) where it referred to objectors to the Santos project as merely “local farmers who don’t accept the science”.

As Mr McKenzie points out, the NSW Upper House Parliamentary Inquiry on the implementation of the recommendations contained in the NSW Chief Scientist’s Independent Review reveals that science has been one of the casualties of the gas industry, with alarming revelations about chaos in the NSW gas regulation bureaucracy. The disarray was in full view during questioning by committee members. The Inquiry has exposed those responsible for executing the Gas Plan as literally clueless about their responsibilities and how the architecture of regulation would protect groundwater, human health and legacy pollution.

Far from being NIMBYism, Coonamble Shire, along with many Local Government Areas in the targeted region for coal seam gas, are dependent for survival on water from the Great Artesian Basin (or GAB). The risks posed by the coal seam gas industry to food production and sustainable communities are well-known from the Queensland experience of the industry. This drove the Coonamble community’s successful blockade of the APA gas pipeline in November 2017, which was a case study in community resistance against the gas industry.

In 2017-2018, the APA pipeline group was attempting to survey for a new gas pipeline from Narrabri to the Moomba-Sydney pipeline when they were physically blocked from entering properties along the route by communities. APA’s conduct was characterised by cowboy tactics including trespass. This candid video of one interaction with APA personnel illustrates the way APA behaved.

As at 21st June 2019, the AFR was not aware of this when it described the prospects of the Narrabri Gas Project bullishly. An Open Letter to the Editor retorted:

Lately, APA’s commitment to the Western Slopes gas pipeline appears to have dropped off, with the company telling shareholders it does not intend to continue its Environmental Impact Assessment for the pipeline.

How many more millions of taxpayers dollars are going to be squandered on the Santos Narrabri gas project? (‘‘Santos sounds gas price warning on LNG imports’’, February 3).

On Tuesday, the second hearing into the Implementation of the Recommendations of the NSW Chief Scientist into the coal seam gas industry was held in Sydney, at which 10 government department heads were questioned about the implementation of these important recommendations in relation to the Narrabri project. These highly paid bureaucrats have had six years to implement the NSW Gas Plan, but when questioned had little idea of what they were being asked.

The NSW Gas Plan is contingent on these recommendations.

Santos, the EPA and Department of Planning cannot or refuse to give answers on several vital questions such as what is going to happen to the waste and toxic salts that are produced as the gas comes out of the coal seams, or what insurance schemes will be put in place to cover environmental problems such as toxic spills or the loss of underground water from surrounding areas.

The government has spent millions of dollars sinking water monitoring bores around the project site, but few if any results have been made public despite earlier assurances.

Santos has been generating electricity for 10 years without paying any royalties on the gas it uses or any taxes. Taxpayers have little faith in the ability of the NSW government to regulate the coal seam gas industry.
Don McKenzie
Coonamble, NSW