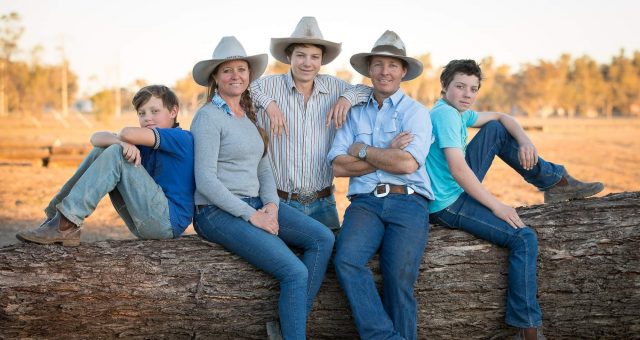 Mrs Sally Hunter, Secretary, People for the Plains Inc presented evidence at the second hearing of “The implementation of the recommendations contained in the NSW Chief Scientist’s Independent Review of Coal Seam Gas Activities in New South Wales”.

I grew up on a property north of Roma and watched as our district became a gasfield, ultimately driving out those families that could not bear the changes that were forced upon them. My parents’ beef business was rendered unworkable. This played out badly for their mental health, their marriage and our farm. These are the social impacts of the industry and they were not captured by the Chief Scientist’s Recommendations.

How is it that the people who determine what level of risk is acceptable and how risks should be managed, do not have to live with that risk?

Meanwhile, the people of the north west who will be the ones to live with this risk, are not valued in the process and our voices are rarely heard. Landholders DO NOT have the legal right to say no to gas on their own land.

Narrabri is THE ONLY new gas project in the state.  It is the only place that can act as a test case on whether or not the Chief Scientist’s recommendations are being implemented.

We came today to state that they are not.

Our group has had firsthand experience in the culture of the industry for the last ten years.

We have experienced continual derision and belittlement of people who question the industry.  With over 100 valid outstanding questions remaining unanswered by Santos, we finally resigned our seat on the community consultative committee (CCC) late last year.

We have firsthand experience of the Government’s failure to fulfill Recommendation 2, “to ensure clear and open communication on CSG matters at all times.”

We have watched as former Minister Harwin, our previous Barwon MP Kevin Humphries, the company and others, tell us and each other constantly that there is nothing to worry about and that everyone wants the gasfield.

I am tabling today a new report collating all the studies undertaken to date of the social acceptability of the Narrabri Gas Project.  In summary, these eight data sets show between 52% and 98% of people are in opposition to the project and CSG.

Thankfully we finally have an MP in Barwon that is not afraid to speak up for this majority.

There are two crucial questions that were not addressed by the Chief Scientist or the Government’s actions since.  Firstly, is there economic justification for coal seam gas?  In this moment, imported gas is more economically viable than Narrabri gas, totally undermining the premise of the Gas Plan.

Secondly, is the north west an appropriate place for gasfields?  The Government’s buy back process and creation of no-go zones did not even look at the north west. The north west was drastically under-represented politically, at that time.  This meant our Petroleum Exploration Licences remained, even after they expired. None of OUR farmland, towns or water resources were made off-limits to coal seam gas, even while these types of places were declared no go zones in the North Coast, Hunter, and Illawarra.

There ARE risks from the gasfield.  The Chief Scientist stated it. It has been said at the CCC meetings over the years and Santos’ Mr Banks stated on SBS that he couldn’t guarantee that the water and the Great Artesian Basin would not be impacted.  Santos has not been able to give a guarantee that the Sulphate Reducing Bacteria found in the borewater of test holes in the gasfield, would not erode the well casings.  Our landholders have been told their insurance companies WILL NOT insure them against the risks of contamination.

With the recent bushfires and terrible drought, plus predictions of increased frequency of more major natural disasters, we CANNOT afford for coal seam gas to risk our water or release obscene levels of methane into the atmosphere. The Government’s failure to implement the Chief Scientist’s recommendation is putting our water and our future at risk. We appeal to the Committee to help us.


The People for the Plains submission to the CSG Inquiry.


The People for the Plains supplementary submission to the CSG Inquiry.