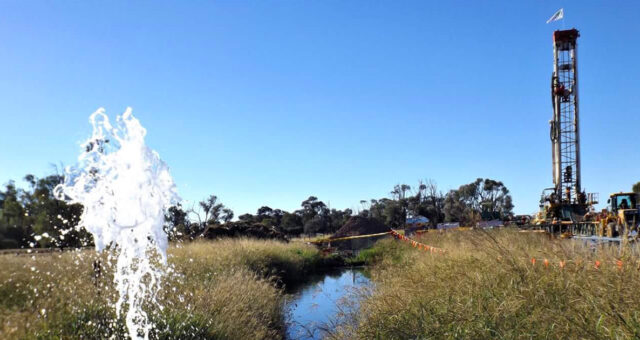 By Shay Dougall – Principle of Molliwell, Shay is a landholder advocate and Chinchilla resident. Molliwell is a health and safety consultancy specialising in all aspects of workplace health & safety for small to medium businesses. Shay completed her Masters in OHSE (ACU) 2019.

Previously “The Queensland Audit Office in February 2020 issued a scathing report on the government’s inability to manage the CSG industry. It raised serious questions around a lack of transparency, ineffective compliance management and data, and failures of legislative function” and “Therefore, the audit has shown what landholders have understood all along, that government departments are not managing the coal seam gas industry effectively, particularly regarding the impacts for the landholders expected to host the industry.”

The QAO recommended that the GFCQ “reviews the assessment process identified under the Regional Planning Interests Act 2014 to determine whether the process adequately manages coal seam gas activities in areas of regional interest”.

Incidentally, the QAO also recommended that the government consider the effectiveness of the Commission in delivering value, particularly considering it is not fulfilling all its legislated functions and stakeholders question its effectiveness and independence.  GFCQ was failing in the one role it has that makes it distinct to the many other government entities designed to ‘manage the gas industry’. That being, its role in oversight of the regulatory framework.

The recommendations are heavy on trying to get just one run on the board in seven years by removing the absurd landowner agreement exemption, GFCQ then fail by replacing it with more self-assessing codes and even more burden for the landholder. What GFCQ describe as “enhancements” means more unpaid work for landholders.

More importantly GFCQ has completely failed in the last half of the QAO recommendation to: “determine whether the process adequately manages coal seam gas activities in areas of regional interest”.

Are agricultural values, priority agricultural areas and strategic cropping land being protected and sustained by this legislation?  Do these recommendations that have taken seven years actually do anything to improve this obvious fundamental flaw in the RPI Act?  No, they do not.

The recommendations of the QAO remain woefully unaddressed and there are some fundamental problems with the GFCQ approach to the review:

To summarise the lacking GFCQ report on the RPI Act: