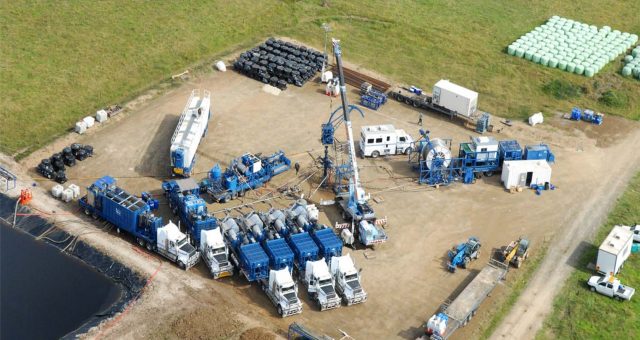 By Shay Dougall, Principal of Molliwell

The latest reports from the Gas Industry Social and Environmental Research Alliance (GISERA) are a collaboration between CSIRO, Commonwealth, state governments and industry established to undertake publicly-reported independent research.

After the release of the convoluted 3 part report, APPEA predictably barks a bold claim “CSIRO study finds hydraulic fracturing fears unfounded” leading to the spurious and misleading headlines being picked up, run by media and championed by pro-industry politicians like Curtis Pitt MP and ex Queensland Premier Campbell Newman and the Queensland Gasfields Commission.

The trouble with these three GISERA reports is the deceptive slicing and dicing of data and the broad-brush interpretations that have led to the sensational and misleading headlines.

The media release from GISERA states: A comprehensive three-year scientific study into the air, water and soil impacts of hydraulic fracturing in Queensland has found little to no impacts on air quality, soils, groundwater and waterways.

Let’s do a quick cross sectional analysis into this statement and the reports that supposedly back it up, like a 10% field confirmation process, in order to see just how misleading these headlines really are.

AN ANALYSIS INTO GISERA CLAIMS

GISERA: “Little to no impact of hydraulic fracturing” (from intro in linked media release)

GISERA: The report lists how many CSG wells exist and “Sampling of nearby groundwater bores for an extensive range of potential contaminants did not indicate any impacts of CSG operations on water quality”.

GISERA: The introduction to the “soil impact” GISERA report refers to a study in US stating “spills of hydraulic fracturing (HF) fluids and produced water are among the most polluting and plausible pathways affecting unconventional gas operations”. However, the authors of the GISERA report state that since spills are unpredictable and are very site and event‐specific, they chose to “mimic” spills in the lab instead of a field based investigation.

GISERA: The third report “Measurements of Air Quality at a Hydraulic Fracturing Site in the Surat Basin, Queensland” reported on the air quality data measured during well pad development operations (including hydraulic fracturing) at a 600ha field containing 10 CSG wells that underwent hydraulic fracturing in August‐October 2017.

As expected community groups are up in arms about this research that has sadly been backed by the CSIRO. When issues with the reports and the sensational headlines, such as those listed above are identified, it is understandable, a repeated recipe every time GISERA publishes. Dr Damien Barret is the director of GISERA and has indicated that he is willing to conduct face-to-face sessions with communities should they request it citing Northern NSW as a possible destination. The NSW EPA has categorically stated that studies done in Queensland have no relevance in NSW.

In short the provision of multiple separate reports that create the “whole” makes the process of understanding exactly what has been studied and reported on very confusing and diffuse. The way in which these reports are then delivered to the “concerned public” reinforces again that GISERA are tone deaf to the concerns they are supposedly attempting to allay. The process is predictable and repetitive.

Given the quick analysis offered in this article, it appears that the sensational headline and claims that “fracking fears are unfounded and fracking has little to no impact” is inaccurate to say the least. Although there is no doubt that the individuals involved in these studies have been conscientious and serious, they are let down by the industry spin doctors. The problem with the continual tone deaf studies by GISERA followed by the exuberant response by pro-industry is that as more time passes, more gasfields are produced, more of the average host farmers and families expected to live with the industry lose opportunities to have real, reliable and meaningful studies undertaken. These are the people whose actual lived experience is dismissed and who are left out of the perceived group of legitimate participants with the results of sensational headlines and tone deaf industry-funded study groups failing to consider them again.