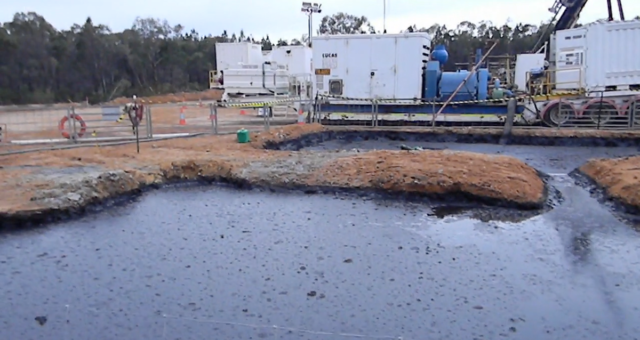 While repeat offender Whitehaven Coal is being prosecuted again in the Land and Environment Court, this time on water theft charges, the company is seeking to benefit from the “Future of Coal” policy announced by Deputy Premier John Barilaro during the Upper Hunter by-election.

Last week there were mixed reactions from the public following a $372,500 fine against Whitehaven Coal’s Narrabri Coal Mine in the NSW Land and Environment Court on Friday, 13th August 2021. Whitehaven Coal subsidiaries which operate the mine pleaded guilty to the offences, all of which relate to illegal road clearing and failure to rehabilitate well pads and bore holes while exploring for coal under the Pilliga East State Forest. You can read the full judgement behind the sentencing here.

To see the background of the prosecution, watch this short documentary called ‘Polluting the Pilliga’ produced by the Leard Forest Research Node citizen science group and view the Media Release here on their Facebook page.

Despite complaints from some that the fine is “chickenfeed” compared to the notional maximum of $19 million for the 19 offences, others argue the judgement makes a strong statement about the level of surface damage caused during coal exploration.

Since the NSW Government’s Future of Coal was announced, a new Strategic Release Framework has been introduced which oversees the granting of exploration licences. Under this Framework, there is an Operational Allocation framework under which priority is given to “extending the life of a mine” or “developing a better mine design proposal”, or “to avoid sterilisation of resources”. This new framework will allow for the previous coal exploration process to be bypassed.

It will be an “invitation to tender” process, like in the Wollar district, north-east of Mudgee. As at Wollar,  pre-existing mine interests in nearby areas will be fast-tracked and avoid a full environmental assessment. This should pose concerns for the town of Narrabri.

Groundwater drawdown has already troubled bore users around Narrabri Underground for years since the Narrabri Underground started over a decade ago. This includes properties in the region of Oakdale Rd, Jacks Creek where wells progressively ran dry. However, fears about continuing water drainage into the mine are matched with concerns about gas drainage out of the mine and into the atmosphere.

In addition to its incursions in the public forest, Whitehaven Coal has bulldozed scores of wellpads for gas drainage boreholes on privately owned land adjacent to Pilliga East to undertake raw venting of greenhouse gases which pose dangers to the workers at the underground mine. The surface-to-inseam degassing technique of gas drainage used at the Narrabri Mine has created a patchwork of cleared pads and in-ground sumps of apparently toxic drilling mud and fluids, for the purpose of degassing the coal seams below.

By Whitehaven’s own admission, the coal seam is giving off 90% carbon dioxide, with a minimal percentage of methane. Due to its inability to be flared, the CO2 is raw vented to the surrounding airshed.

This is the same Hoskissons coal seam that Santos is targeting for coal seam gas at its adjacent Narrabri Gas field, which has been criticised for its high CO2 levels and lack of economic viability. In the Leard Forest Research Node (LFRN) submission to the Narrabri Underground Mine Stage 3 Extension Project (still under assessment by the NSW Department of Planning, Infrastructure and Environment) Whitehaven’s adoption of the cheap and dirty form of coal seam degassing was strongly criticised. The group commented:

The Gorman North exploration licence would bring coal and oil shale exploration almost to the doorstep of the town of Narrabri and immediately adjacent to the Namoi River.

This area has recently been titled and is held by the Secretary for Regional NSW. It was flagged as a potential area for proactive release for coal exploration under the Strategic Release Framework announced by Nationals leader John Barilaro in June 2020. The Exploration Licence has been granted for Group 9 & 9a minerals which are coal AND oil shale. Some of the Gorman North area overlaps the Santos owned PEL 238 (PEL = Petroleum Exploration Licence).

Also in this area, $44 million has been flagged to upgrade 35kms of the Narrabri to Turrawan Line between the Hunter Valley Coal Network and Inland Rail. When you combine this cost to the taxpayer with the Coal Basin Water Monitoring Bore strategy you can see that there is a spend of nearly $100 million that is ultimately going to benefit private enterprise.

Narrabri Underground Mine Stage 3 Extension Project is under assessment

Stage 3 is the area where the recent prosecution for exploration offences took place.

The assessment process for Stage 3 is underway, with strong criticism from the Department of Planning, Industry and Environment – Water that Supplementary Advice that:

“There are apparent inconsistencies between groundwater models for different developments in the area (e.g. Narrabri Coal Mine, Narrabri Gas Project, BTM Complex), particularly with regards to the peripheral (lateral) boundary locations and types”.

DPIE-Water’s criticisms have still not been addressed. The Groundwater Assessment for Stage 3 shows that for this stage alone, without any further underground mining at Gorman North, a drawdown of 2m could extend as far as Narrabri itself, signifying a very large affectation zone for groundwater.

Considering that the cumulative impacts of Narrabri Coal mine with Narrabri Gas Project to the immediate west have not (in the opinion of DPIE-Water) been properly assessed, the prospect of releasing a new exploration area to enlarge Narrabri Underground takes the recklessness of the Berejiklian-Barilaro government to a new level of culpability.