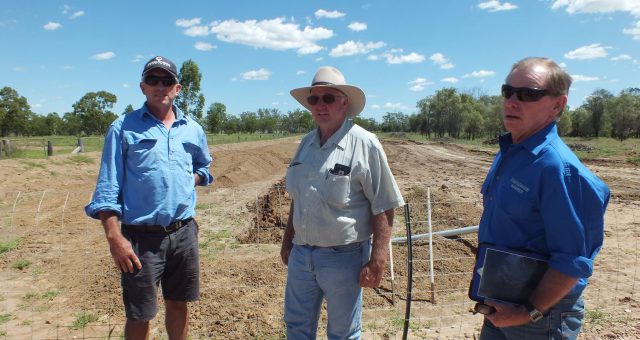 Fearing the approval of Santos’ Narrabri Gas project in North West NSW, a group of farmers and community members have conducted a tour of South West Queensland for a first-hand view of the towns and communities affected by coal seam gas, as well as some of gas infrastructure in the Darling Downs. 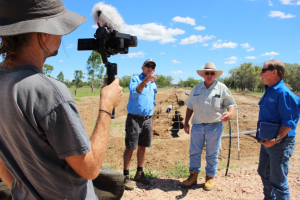 The tour was organised by the Wando Conservation and Cultural Centre, Narrabri, and included meetings with locals in Chinchilla, Miles, Reedy Creek and Roma.

Beef farmer from Quirindi, Peter Wills, said the trip confirmed many of the farmers’ existing concerns about toxic pollution from the CSG industry, which has so far been prevented from spreading to NSW.

“We have concluded that agriculture and coal seam gas cannot safely co-exist” said Mr Wills. “Farming is clearly in decline in CSG areas.”

Risk to the Great Artesian Basin is top of a long list of concerns for the visitors, with biosecurity and toxic waste disposal close behind.

“Near the Santos Fairview coal seam gasfields yesterday, we witnessed a tanker spreading an obnoxious smelling liquid onto the bitumen road,” he said. “It’s clear that this was not being done for dust suppression, and from the odour we can only conclude it is a form of concealed waste dumping.”

“The highlights of the tour were the many connections we made with Queensland farmers who described the inequitable power balance between the  CSG industry and agricuture,” said Mr Wills, who was joined by Ms Debbie Nulty on the tour. Ms Nulty is a veterinary nurse, beef and sheep farmer from Kingston, South Australia.

“The onshore gas industry is placing agriculture in serious jeopardy,” says Ms Nulty, whose community is struggling to protect farming, including a valuable viticulture industry, in the reknowned Limestone Coast.

“Beef farmers are expected under the National Vendor Declaration to provide assurances about the safety of their meat even if their land is potentially exposed to the risks of onshore gas,” she said. “If a biosecurity risk of the gas industry were to cause a lapse of confidence in our meat safety in one of our valuable export markets, would they be held accountable, and how?” 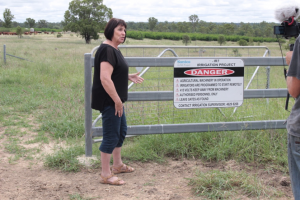