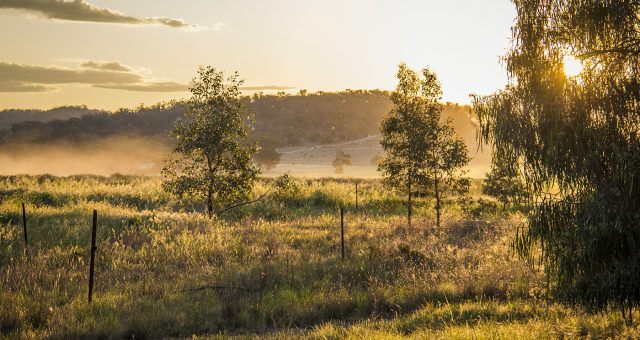 The proposed Shenhua Chinese Government-owned coal mine at Breeza, just south of Gunnedah, is facing a new challenge by the Traditional Owners of the Liverpool Plains, the Gomeroi Aboriginal people (also known as Gamilaaray, or Kamillaroi – as in the great highway that traverses the Liverpool Plains and stretches out west to Walgett).

A legal challenge is being heard by the Federal Court of Australia to decide whether the Environment Minister Sussan Ley’s decision to override Aboriginal culture of “immeasurable value” is a misuse of her Ministerial authority.

The challenge was announced by the NSW Environmental Defender’s Office and has been the subject of media reports including the ABC and Northern Daily Leader.

Whilst media have reported the case is brought by well-known delegate of the Elders of the Gomeroi Traditional Custodians (GTC), Veronica “Dolly” Talbott, the matter before the Federal Court concerns all Gomeroi and Aboriginal people not just an individual or family.

“The Minister in writing acknowledged our culture is of immeasurable value yet stated that ‘on balance’ she would not declare protection because of the perceived financial social benefits to the community.”

“We believe this is wrong. The Minister has an obligation to exercise her responsibilities to implement the Act.”

The case is now listed for hearing at the Federal Court in Sydney on Wednesday, 9th October 2019.

In the meantime, Shenhua Watermark Coal Pty Ltd has removed signage from their premises at Conadilly St, Gunnedah, and staff last week were informing the public that “Shenhua is not here any more” despite other visible evidence to the contrary. This has fueled speculation that the Shenhua brand may be a liability in terms of public opinion. Shenhua Watermark is owned by the State-owned Shenhua Coal group, the largest producer of coal in China.  Also, a restructuring of the company has been discussed in recent times.