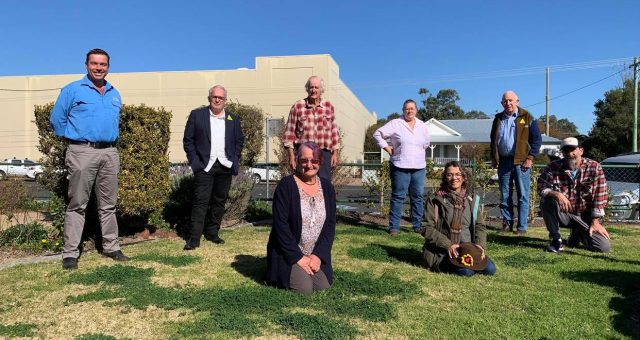 Roy Butler, Member of Parliament for the seat of Barwon in NSW, was interviewed by Anna Christie on Friday 24 July, Day 5 of the Narrabri Gas Project’s Independent Planning Commission Hearing.  They discussed community opposition, gas prices, local jobs and the NSW Government’s rush to defeat the CSG Moratorium Bill.

Anna Christie: Roy, I don’t know if you were listening but on Day 1 Councillor Stephen Lawrence, the Deputy Mayor of Dubbo City Council, was speaking at the hearing and he made the comment that even though it may not be within the Independent Planning Commissions rights to consider this, that maybe when opposition to a project is as high as it is for the Santos gas, that maybe there is a need for a veto? What would you say about that?

Roy Butler: First and foremost community opposition to the project is incredibly strong and if you look at all the LGAs [Local Government Areas] surrounding the Narrabri area just about every other council has said they don’t want coal seam gas. I can see where he is coming from absolutely, but unfortunately for citizens in NSW the only opportunity for veto at a state level is every 4 years with an election and every 3 years at a federal level.  That’s the opportunity to change government, to change representation. Unfortunately for this project, it won’t happen soon enough.

Certainly I would hope that the State Government in this instance looks at what it’s constituents are actually saying so if the LNP is a government for everyone in NSW they should be listening to what people in Barwon are saying. The vast majority in this electorate are very concerned, that’s at one end of the spectrum, and at the other end of the spectrum they are strongly against coal seam gas extraction.

Anna: But that is indeed what the people of Barwon did. [At the last NSW election Butler, a member of the Shooters, Fishers and Farmers Party won the usually safe seat of Barwon from the National Party.]

Anna: Also on Monday, David Kitto, who is the head of the Resources Assessment Activities within the Department of Planning, made the comment that Narrabri gas *will not* reduce gas prices.  Did you hear that, and do you have any comment on that?

Roy: I didn’t hear it at the time, but it’s something I’ve been saying for a while. The Australian Energy Market Operator’s estimate of $7.20 a gigajoule [of gas] is more than twice the price of what gas is in WA at the moment.  We’ve got LNG tankers, circling, looking for places to sell the gas right now.  We’ve got a global glut. The idea that expensive gas is somehow going to drive down energy prices I’ve been challenging publicly, and asking for anyone to show me how that would work, and no one’s been able to.

Anna: Jobs is one of the biggest promises that Santos makes and yet we know that the gasfield workforce typically is a fly in fly out [FIFO] workforce, whether it is the people working on the travelling rigs or even the senior geologists who more likely work from South Australia or Brisbane. How is a transition to a FIFO community going to effect Narrabri?

Roy:  I think that it would be very divisive in the community. I think that the breach of trust with the community who have been promised local employment would be significant, because we know from previous examples that the vast majority of jobs, once a gasfield is in operation are not offered to local people; it’s people with the expertise who come from outside of the area and then leave, or the work is done remotely through telemetry. It’s not as simple as just saying there’s going to be 200 jobs, because how much of that money will actually be spent in Narrabri and the surrounding area?

Anna: And finally, you introduced the CSG Moratorium Bill to the Lower House recently, in NSW parliament, it was the culmination of some very unusual events in Parliament. What was it like for you?

Roy: Incredible, and also very rushed (Roy laughs), we finished at 1.30am on the Thursday morning and by 7.30am the next morning I was back in Parliament. Shortly after getting into Parliament I got a call from the Attorney General, Mark Speakman, letting me know that the bill was coming on that day, anytime from 9.45am, so I had to prepare a speech to introduce the bill, get shaved and dressed and down there ready to go. It was very rushed and very unusual that the government would move that quickly, and I suspect they did it because they knew there was going to be massive community support for the Bill rolling into their electoral offices and they wanted to avoid that.