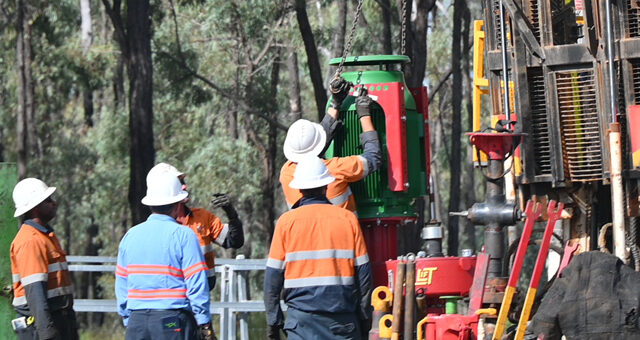 Santos has ramped up gas extraction in the Pilliga Forest under its exploration licence, deploying a type of drilling rig known as a flushby rig 40km south of Narrabri. They are conducting production enhancement and well suspensions, industry jargon for remedial works aimed at preparing gas wells for production.

Santos state they release a monthly activity statement on their website which is usually available to the public at the start of the month. The September statement has not been published online and was not made available to Community Consultation Committee members until the 28th September stating: “Santos will mobilise a flushby rig in September. Activity is focused on production enhancement and well suspensions.” The October statement is not yet available.

Under the stealth production operation, at least four gas wells, Bohena 3, Bohena 7, Bibblewindi 12 and Bibblewindi 15 are involved in the push to produce gas from the floundering gas field which is currently operating under an exploration licence. Santos pays no royalty for this gas. More wells are likely to be included in this program which is authorised via a High Risk Activity application.

“We witnessed high-pressure testing, appraisal activities and mysterious production enhancement techniques being used to stimulate gas production even though Santos has seemingly not yet begun Phase One under the Narrabri Gas approval”, said Ms Evans.

Santos are pushing to advance gas extraction in the Pilliga coinciding with attempts to steamroll the Queensland Hunter Gas Pipeline through the heart of the Liverpool Plains and through to Narrabri. They face opposition from community groups and an overwhelming majority of landholders along the route. Santos have applied to conduct seismic testing in the area east and south of Gunnedah, under Petroleum Exploration Licence PEL 1.

The Narrabri Gas Project was approved by the NSW Independent Planning Commission in August 2020 and the company does not have financial commitment from the Santos board.

“Recent confusion over regulatory oversight arrangements which are so complex and confusing means we are concerned Santos will find it easy to avoid regulation. There is no difference between gas exploration and gas production apart from the scale of the activities. When the Deputy Premier Mr Toole recently tried to placate Liverpool Plains residents over the exploration plans in the Liverpool Plains saying ‘it’s only exploration’, he clearly showed he does not understand this fact,” said Ms Evans.