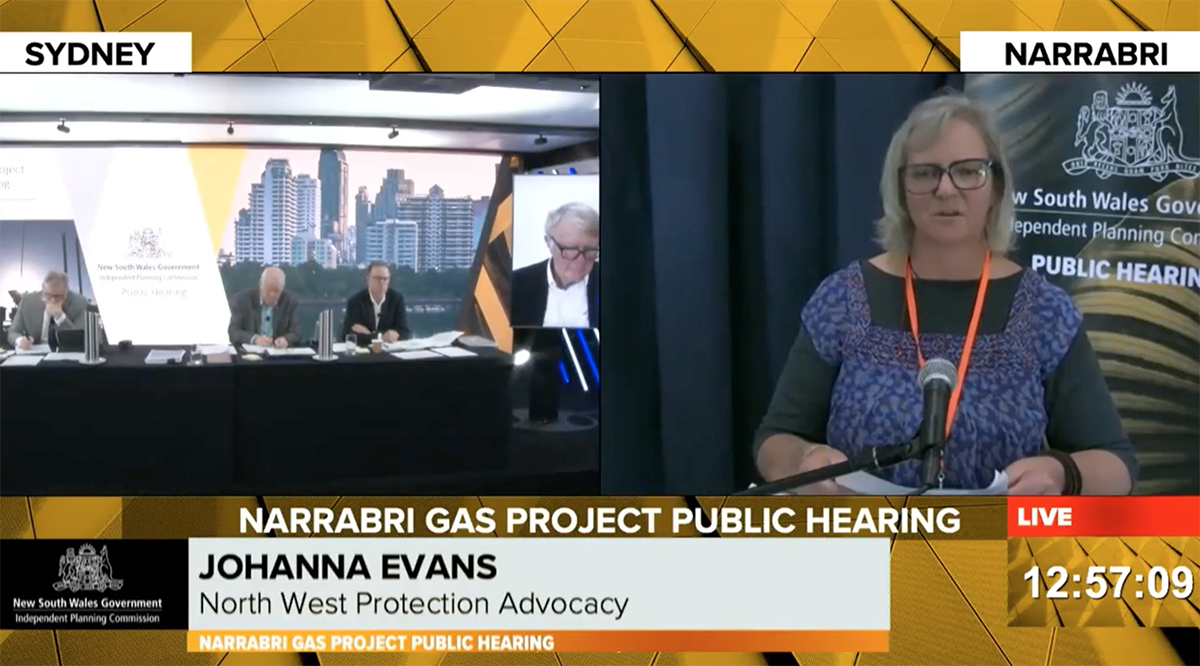 The Independent Planning Commission sought and was granted an extension due to the complexity of the issues under consideration and the high level of public interest in the Narrabri Gas Project, which resulted in a record seven-day public hearing and approximately 10,000 submissions to the Commission.

The Commission re-opens public comment in relation to new information it has received from the NSW Department of Planning Industry & Environment and the applicant, Santos Ltd, as part of its determination process. Submissions on new material only will close Friday 21 August. A decision is delayed until Wednesday 30 September.

Speakers opposing the project at the hearings were of the highest calibre and their written submissions have even more detail.

A public hearing extinguishes the right of the proponent or objector to challenge the merits of the IPC’s decision in the Land and Environment Court.

This is the final stage of the approval process. If approved this ‘state significant’ project is expected to lead to the expansion of the coal seam gas industry from the Hunter to Queensland.

The IPC has an historic decision to make. Approval will cause high emissions and environmental damage. Rejection will support the state’s switch to renewables while boosting other industries in the North West.

“An independent scientific panel commissioned by the Queensland government recommended a ban on fracking in the environmentally sensitive Kati Thanda-Lake Eyre basin, but the experts’ findings were made secret by the state and ultimately ignored.” #qldpol #auspol #CSG #fracking https://twitter.com/NWPAdvocacy/status/1349483689034489858

Cheap gas for Australia’s east coast is a mirage, says Origin Energy CEO. He should get on the phone to Kevin Gallagher, CEO of Santos, which claims its Pilliga project will drive down gas prices. @TristanEdis @NWPAdvocacy @Tom_Swann @climatecouncil @pilligapush @SmartEnergyCncl https://twitter.com/tom_swann/status/1348425482937585664

Gas prices are never coming down and people who say otherwise have "been smoking something" says director of one of Australia's biggest gas companies.