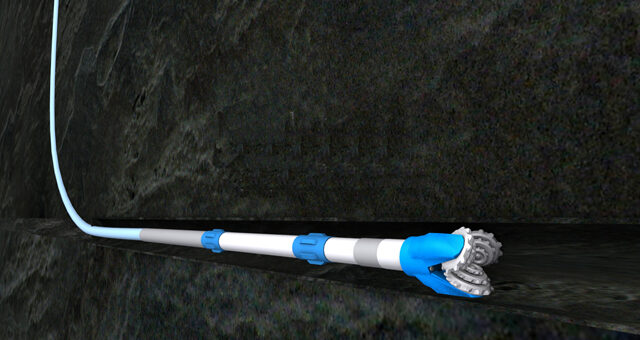 The NSW Environment Protection Authority’s latest changes to Santos’ Environmental Protection Licence EPL 20350 include permission to transport and dispose of drill cuttings from the coal seam gas mining process, on site in the Pilliga State Forest which is a recharge zone of the Great Artesian Basin. This condition was approved in just 23 days and there is no available analysis of the chemical composition of the cuttings.

The Licence changes will now free the way for Santos to dispose of this waste, which is known to be linked with elevated levels of barium, a weighting agent used in the drilling process.

“C. On 19 March 2021 the Licensee [ie Santos] submitted an amendment to the application. The amendment requested further changes to the licence to state that:
i. drilling fluids can be re-used in the drilling process at the Premises, and
ii. rock-based drill cuttings can be applied to land at the Premises.”

“L3.3 The licensee may transport and reuse drilling and completion fluids from well sites in accordance with the Waste Management Plan approved under development consent SSD 6456.”

“L3.4 The licensee may transport and apply drill cuttings from any of their well sites to land at the Premises in accordance with the Waste Management Plan and Rehabilitation Management Plan approved under development consent SSD 6456.”

However, there is no Waste Management Plan approved under the Narrabri Gas Project approval SSD 6456 concerning the reuse of drilling fluids or applying rock-based drill cuttings. Nor is there a Rehabilitation Management Plan.

An environmental impact assessment of the on-site disposal of drill cuttings has not been performed to date. Instead, the revised EPL 20350 directs the reader to the EPA’s Resource Recovery Order, the excavated natural material exemption of 2014 via O5.2, “Any liquid and/or non-liquid waste for processing, storage, resource recovery or disposal at the premises must be assessed and classified in accordance with the EPA Waste Classification Guidelines as in force from time to time.”

There, the maximum concentration of certain chemicals is specified but the EPA document does not require sampling of several analytes known to occur in drilling waste such as barium, strontium, vanadium and Naturally Occurring Radioactive Materials (NORMs).

A letter from the EPA (2013) to Santos was published as part of the Narrabri Gas Project EIS indicating permission to perform ‘bulk sampling’. The EPA changes now permit Santos to transport waste around public roads and store the drill cuttings without any evidence of bioremediation, storage integrity or other protections that might be available against possible migration of high salt content or heavy metals to the surrounding land, groundwater or surface water.

Not only is the disposal of drill cuttings proposed in the Great Artesian Basin recharge zone, but the entire project area is in the catchment of the Namoi River which is part of the Murray Darling system.

The drilling waste includes cuttings coming from all drilled rocks in the borehole, and drilling mud. Drill cuttings include biocides used to combat well corrosion, a notorious risk to groundwater through potential leakage of drilling fluids as well as heavy metals and naturally occurring radioactive materials from deep beneath the earth’s crust.

Other components include oil products, corrosion inhibitors, chemicals used for drilling and hydrocarbon production, reservoir fluids in the form of brine and oil.

Options for the disposal of drill cuttings are discussed in a 2012 article, “A Review of the Current Options for the Treatment and Safe Disposal of Drill Cuttings”, by Andrew S. Ball et al, Volume 30 Waste Management and Research journal (published by Sage Publications on behalf of the International Solid Waste Association, pages 457-473):

“Traditionally, a range of non-biological methods have been employed for the disposal of drill cuttings including burial pits, landfills, reinjection, chemical stabilisation and solidification and thermal treatments such as incineration and thermal desorption. More recently, bioremediation has been successfully applied as a treatment process for cuttings.”

Author, distinguished Professor Andrew Ball of RMIT University, Melbourne and co-authors provided a comparison of methods, their respective risks, suitability and cost. These range from non-biological treatment and disposal – pit burial is the most common onshore disposal technique for drill cuttings, a “simple and low-cost disposal method”. Another technique is “reinjection”. Ground-up material is injected underground where it “is likely to remain for the indefinite future”.

The EPA provided Agency advice to the Department here: It is unclear of this advice has been followed in both the Consent Conditioning and the granting pf the Licence Variation.

Far from being required to apply advanced technology to safely dispose of drill cuttings from its coal seam gas drilling activities, Santos has been granted open approval subject only to a sign-off of future, as-yet undeveloped Management Plans by the Department of Planning, Industry and Environment.

How the NSW EPA has granted an environmental licence to Santos to dispose of drill cuttings on its “Premises” (the Pilliga forest), when there is no approved Waste Management Plan, nor a Rehabilitation Plan, calls for legal analysis.

The NSW EPA’s Guide to Licensing makes it clear that development approval is a prior step to applying, let alone obtaining an EPA licence to apply, bury, remediate or store coal seam gas drill cuttings:

“If development approval is granted and a licence is subsequently applied for, the EPA cannot refuse to issue the licence. Licence conditions must be substantially consistent with the conditions of the development consent issued by DPE.”

North West Protection Advocacy (NWPA) recently lodged a formal complaint with Santos for failing to publish the changes to EPL 20350 on its website on the 26th April 2021. See full letter below.

A bureaucratic tick from the Resource Assessments Branch of DPIE, known for misfeasance in office such as the Whitehaven retrospective water pipeline approval affair, is no substitute for an environmental impact assessment.

The EPA’s approval of Santos’ sought changes to its environmental licence has paved the way for a secretive, untested program of disposal of high-salt, likely barium-laced solids in the Pilliga forest.

Approving of the dumping and storage of drill cuttings in the Pilliga forest is a breathtaking lapse in prudence on the part of the regulator, and outright denial of Santos and the NSW Government’s claims that the Narrabri Gas Project is “strictly” conditioned. It is not.

The original S.58 Licence variation application that was lodged in April 2020 undertook to downsize Water Monitoring requirements, there was no mention of drill cuttings and drilling fluid recycling. Click here to view NWPA’s original letter objecting to this variation.

Why are politicians ignoring their constituents when it comes to CSG and mining licences covering farmland? https://twitter.com/singletonargus/status/1525238085822607360

Ignore the CWA at your peril - the state's largest rural grassroots advocacy group, described as having 8000 voices, wants better protection for farmland and no CSG. Are our politicians listening to these women?https://www.singletonargus.com.au/story/7736764/farmland-divisions/

We look forward to continuing our relationship with Sue Higginson MLC who has always been a supporter of DEG. https://twitter.com/SueHigginson_/status/1524560969724497920

I’m so excited! I will be working inside and outside Parliament for climate action, to reverse the extinction crisis, for truth treaty voice and to end the inequality crisis. https://twitter.com/nsw_upperhouse/status/1524555955832193025

Girilambone had 73mm of rain on the 12th May. Can the @NSW_EPA reassure the public that Santos Soda Ash (Brine) Concentrate Trial at the Murrawombie Mine was appropriately covered and all care was taken to minimise harm to the environment? #NSWpol #NarrabriGas #CSG